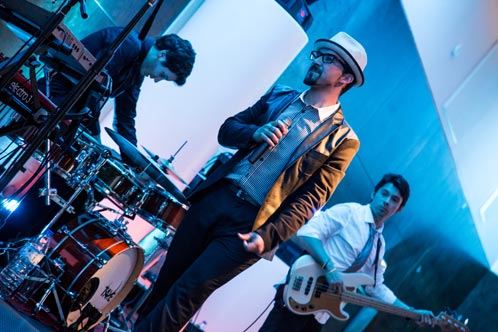 Prime minister António Costa’s willingness to take as many as 10,000 refugees – instead of the 4500 established by EU quotas – is being demonstrated today as the European Council holds its emergency summit in Brussels on what is universally recognised as the “worst refugee crisis since World War II”.

Hours before the summit got underway, 64 ‘mainly Syrians and Iraqis’ touched down at Lisbon’s military airbase (Figo Maduro) to be received by dignitaries before going on to various destinations around the country.

A number – particularly children – were so frail and ill from gruelling months of uncertainty and inhospitable conditions in Greece that they had to be immediately transported to hospital, writes Público.

Talking to journalists, Costa’s deputy Eduardo Cabrita said the latest 64 which have followed 65 Eritreans who have arrived since December are “mainly Iraqis and Syrians”, with women, children and families making up most of the numbers, plus a few single people.

Next week, more will start arriving on commercial flights, he explained.

For now, Portugal’s new arrivals will be given accommodation in 15 locations organised by social solidarity, church and refugee support organisations.

The significance of today’s arrivals has been underlined by Cabrita as showing Portugal will be standing firm at the European summit, billed as an attempt by 28 European States to ask Turkey to slow the flow of migrants travelling to Europe and take back those who do not qualify for asylum.

Eight countries have already introduced border controls but Portugal is against this, explained Cabrita.

The country is “saying no to the closure of borders” and “yes to European cooperation and support for those who flee war and situations of difficulty”.

Europe needs to be cohesive, he added, just as much in “difficult moments” as in “happy days of development”.

But as the BBC reports this morning, Europe is very much divided on the response to the crisis.

As for Portugal’s pledge to take up to 10,000, Cabrita has not been drawn on any timetable, saying “we should not make those kinds of estimates”.

But practical help comes for a finite period of 18 months, he told reporters. “During these 18 months, what we have is to programme a path for the future”.

If there is no peace in the countries from which the refugees have come – Syria, Iraq, Yemen and Eritreia – “what we have to ponder is the way to integrate them into Portuguese society according to their ages and qualifications so that they have a future in which to study and/ or work”.