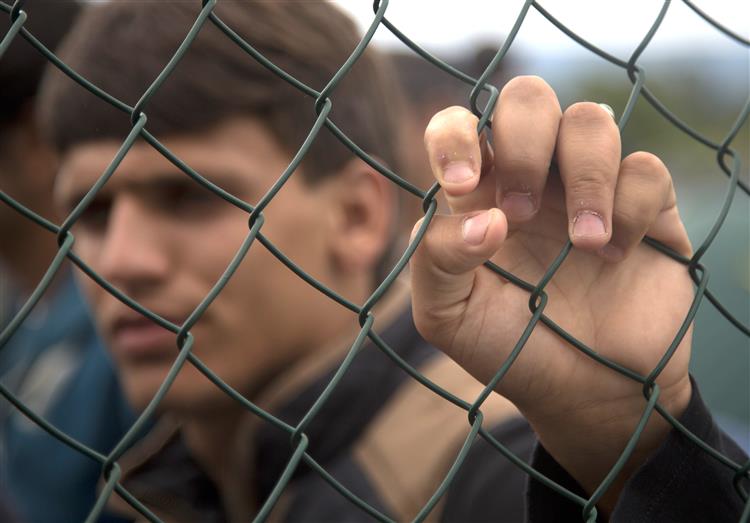 Organisational chaos in Greek asylum centres has seen at least 10 refugees bound for Portugal “disappear” long before they began their journey westwards.

Where they are now, Portugal’s interior minister Constança Urbano de Sousa will not hazard a guess.

But talking to a parliamentary commission on European affairs yesterday, she outlined the crux of the problem.

Irrespective of the contention that many refugees may not even want to come to Portugal (“they may have their migratory project already delineated in their head”) the fact is that of the six processing centres set up in Greece, “only the one on Lesbos works”.

In Italy, where other asylum camps are meant to be working with Greek authorities, channeling refugees to waiting European countries, “of the six centres, only three are operational”.

The situation has seen Europe’s ‘grand plan’ to relocate 160,000 refugees from camps in Greece and Italy fail abysmally, with only 491 people transferred to welcoming countries.

Urbano de Sousa told the committee that Portugal right now has only admitted 30 refugees under the European plan, and is currently “analysing” requests by 90 more.

And contrary to the widespread belief that refugees do not want to come to Portugal, authorities have received a large increase in the number of asylum requests, affirm national media, and for this reason SEF’s asylum branch (gabinete de asilo) is being “beefed up” with another 45 inspectors.

But Portugal’s willingness to take “even more refugees” than originally planned, will not alter the systemic chaos that is holding everything back, explained Urbano de Sousa, suggesting Portugal will have to start agreeing to take refugees held in camps in Turkey.

“We have to prepare ourselves for the need to carry out a civilizational duty to protect these people and give them better conditions to integrate within European societies”, which, she said “are very aged” – referring to demographics that see many countries, Portugal included, suffering huge slumps in birthrates.