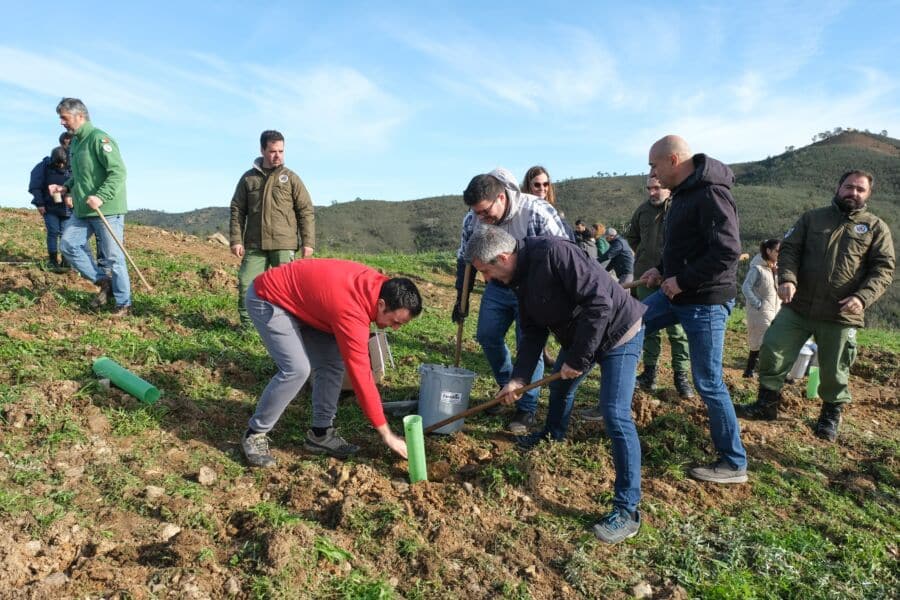 European Parliamentary Group financed the reforestation initiative in the municipality of Loulé, during which 120 arbutus trees were planted.

In a bid to offset carbon dioxide (CO2) emissions on flights taken by MEP Francisco Guerreiro to Brussels and Strasbourg last year, the European Parliamentary Group «Os Verdes| European Free Alliance» proposed a reforestation initiative in the Municipality of Loulé.

As a result, last Friday, January 13, some 120 indigenous trees and shrubs were planted on land owned by the municipality at Azinhal in the parish of Alte. The Parliamentary Group financed the project, including its maintenance, for a minimum of two years.

The “openness shown” by the Loulé municipality to welcome the initiative led Francisco Guerreiro to choose Loulé, “in addition to the fact that this is also a municipality that was affected by fires on several occasions and with a substantial rural component.”

The trees were planted by Municipal technicians from various organic units. They were joined by students and teachers from the Escola Profissional Cândido Guerreiro involved in the “FertiAlte project – Alte Aerobic Composting Unit,” who had the opportunity to apply some of the compost they produced. Two students representing the classes most directly involved in the “European Parliament Ambassador School” project also took part.

Those on the ground defending the forest also participated in the reforestation initiative. Members of the ICNF, Civil Protection, Forest Fire Brigade, and the Serra do Caldeirão Forestry Producers’ Association got involved. The latter is the entity that will also be responsible for planting around 58 carob trees on municipal land, maintaining the entire reforested area (5852 m2) for a minimum period of two years, and for improving the existing cork oak grove in the northern part of the land (5050 m2).

It is estimated that this initiative promotes, among other benefits, the fixation of atmospheric CO2, water retention in the soil, and biodiversity.

“It is with policies and politicians who have this awareness that it makes sense to be in Politics,” underlined the councillor for the Environment and Climate Action, Carlos Carmo. For this official, this initiative “fits in perfectly with the Municipality’s policy,” emphasising that it was the first Municipal Climate Action Plan approved in Portugal, along with the set of actions emanating from the Agenda for Sustainability and Biodiversity. 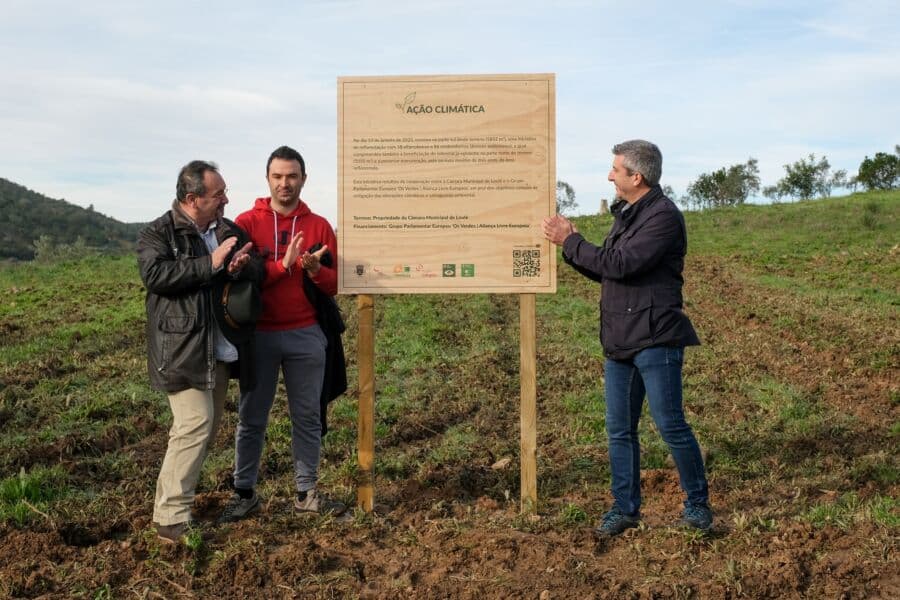 According to the councillor, the objectives of this reinforcement of the territory’s green area are “making the territory more resilient, maintaining its identity in terms of biodiversity, and contributing to carbon neutrality.”

António Martins, president of the Parish Council of Alte, said that, at a time when climate change is part of the global agenda, “we should all offset our carbon emissions and the damage we cause to the environment with initiatives that allow its recovery.”

Francisco Guerreiro wants this initiative to become an example to be replicated by others. “I hope to be able to open a door so that my colleagues, the other 20 Portuguese MEPs, can do a similar job and guarantee that I can offset these ecological transport costs. But also that more municipalities carry out this type of initiative”, he added.