With over 1 million visitors, 2022 was a successful year for the Autódromo Internacional do Algarve (AIA).

2022 was another successful year for the Autódromo Internacional do Algarve (AIA). The Algarve racetrack revealed a record occupancy rate, reaching an impressive 355 days of customer track occupancy.

The racetrack also boasted 23 days of corporate events, again proving to be in pole position in this important business area. The same applies to competition days; in total, two dozen races were held, including national championships and world championships like Superbike and MotoGP.

“It was, without a doubt, a very good year, and it was possible thanks not only to the commitment of the entire team that works for the Autódromo Internacional do Algarve but also to the trust that has been placed in us since we started in October 2008. This means more responsibility on our shoulders for the year ahead. Still, as always, we will do our best and seek to further improve our services and the solutions available to our customers and visitors”, says Paulo Pinheiro, CEO of Parkalgar.

“2023, the year we celebrate our 15th anniversary, will also be a year of commitment to competition. So far, 17 races have been confirmed on the asphalt of what is considered the roller coaster of motorsport in Europe and beyond. Seventeen events that will once again project the image of the Algarve and Portugal across the entire planet. Events that will be an important source of wealth for the region, with thousands of foreigners traveling to the region and the circuit to accompany events or integrate other activities. A number that in 2022 summed around one million visitors and participants”, added Pinheiro. 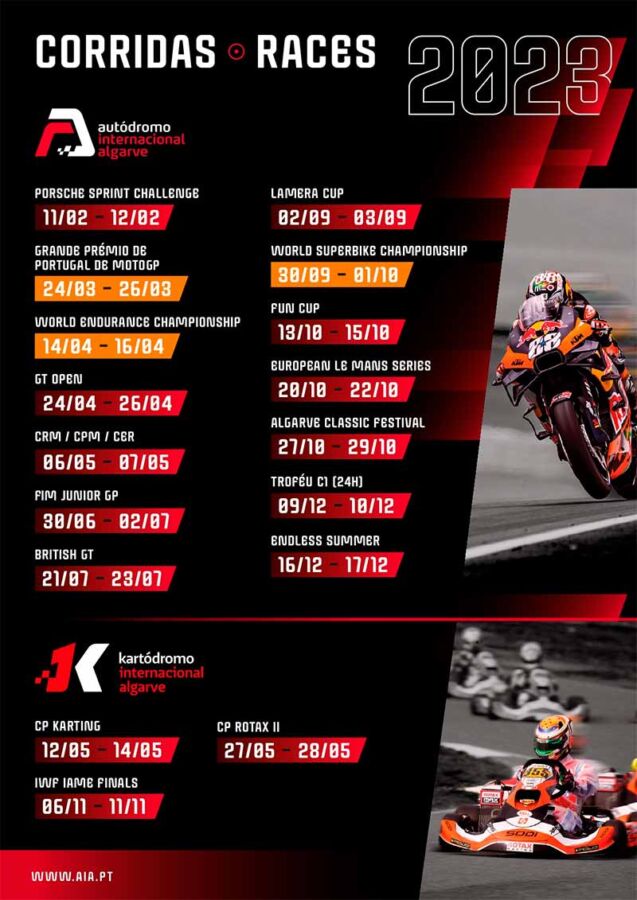