Portugal Resident
Home Original Reasons why tax will have to rise 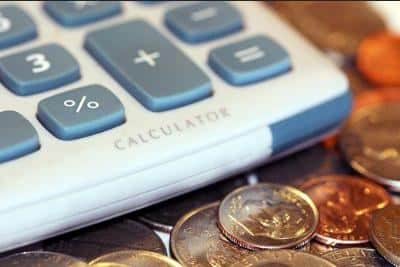 Will you find that you have to contribute more of your hard earned money to the government to help it reduce its fiscal deficit and pay for its social welfare commitments, particularly the escalating costs of caring for the elderly? While this article covers UK issues, it is likely we will see a similar trend in other countries.

A leading UK think tank, the Centre for Economics and Business Research (CEBR), forecasts that the next government will need to hike taxes and cut spending to the tune of 100 billion pounds sterling to correct the fiscal deficit.

The figures assume that the incoming government will need to get the budget deficit down to 50 billion pounds by 2014/15. Without fiscal action, CEBR predicts a deficit of 158 billion pounds in that year because of sluggish growth, which in turn relates to low tax revenue and a boost in unemployment benefit.

Ratings agency Standard & Poor’s has warned that unless drastic steps are taken, the UK’s public sector debt could quadruple by 2050, from currently 50 per cent to 200 per cent, as the costs of pensions, social security and healthcare balloon. Two years ago Standard & Poor’s calculated that the ageing population could increase the UK’s net debt to above 150 per cent by 2050 but the financial crisis has boosted that estimate.

Indeed, according to the Daily Telegraph, the government will have to fork out more in social security benefits this year than it takes in income tax.

In previous articles I have commented that governments will need to increase tax, in one way or another, to help cover care costs for the growing retired population. Now the UK government has published a Green Paper to consider how to raise the money needed to pay for home care in old age so that people do not have to sell their homes to fund their stay in care homes.

Prior to the Green Paper, it was thought that there would be an increase in National Insurance (NI) contributions where every employee would have to contribute, with higher earners paying more. Liberal Democrat Treasury spokesman, Vince Cable, described this as “an income tax rise by another name”. NI contributions are already due to rise by 0.5 per cent in 2011 to help plug the hole in public finances.

Over the next 20 years, the government estimates that an extra 1.7 million people will need social care at a cost of six billion pounds. Average life expectancy today is 78 years. The number of people over 65 now outnumbers the under-18s and the ratio of people in work at 4:1 will fall to about 2:1 by 2050, meaning there will be even fewer earners contributing to care for the elderly and therefore, logically, the contributive costs will increase.

The economic downfall has resulted in low tax revenue due to a slow economy. The UK Treasury has seen tax receipts fall by 22 billion pounds over the last 12 months… increasing the likelihood of tax rises and spending cuts.  According to the National Audit Office, the downturn cost the Exchequer up to 32 billion pounds last year.

There has been less tax received in stamp duty from a depleted housing market; less inheritance tax from dropped house values; a VAT reduction to 15 per cent from 17.5 per cent, a drop in income tax from City bonuses and minimal tax from low bank interest. It is all adding to the mounting pressure to do what just about all taxpayers already know and dread – increase taxes to redress the balance of the UK’s finances.

If you are concerned about tax rises diminishing your income and eating into your wealth, leaving you less to spend on your own needs, then talk to an established financial adviser from Blevins Franks who can explain legitimate tax mitigating structures that can protect your future finances.  This relates both to Portugal and the UK.  If for some reason you decide to return to live in Britain, it is best to look into your tax situation before you leave as you may be able to structure your assets in a more tax efficient manner than if you waited until you were UK resident.

To keep in touch with the latest developments in the offshore world, check out the latest news on our website http://www.blevinsfranksinternational.com