Portugal Resident
Home Original Reaching out to the foreign community 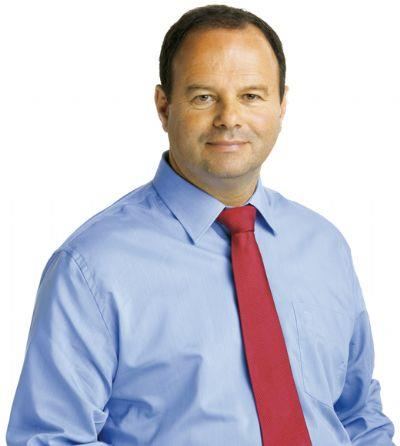 Macário Correia, Social democratic party (PSD) candidate for the presidency of Faro council, broke with the traditional protocol of Portuguese politicians by speaking with foreign residents directly in English on how to make their voices heard in this year’s local elections.

“The foreign community has the right to vote in local and European elections and should make use of this opportunity to make their voices heard” said Macário Correia to an assembled audience of around 50 local English speaking residents in Santa Barbará de Nexe, Faro on June 15.

“I believe that integrating the local foreign community in local politics is very important and would ensure that staff at Faro council speak English and deal with the problems and questions of all residents,” he told the Algarve Resident.

During his speech, Macário Correia answered the questions and addressed the worries of the audience as well as giving his reasons for changing his presidency from Tavira council to Faro. “My first reason for changing councils is because a new law is coming into force where a mayor can only serve 12 years, which I have done in Tavira,” he said.

“The other reason is because Faro is the capital of the Algarve but is not as developed as other councils in the region and it needs someone with political experience to make a positive change.”

His proposals included plans to make the Algarve stadium, called the ‘white elephant’ by one resident, into a successful location for events with the co-operation of Loulé Câmara President, Seruca Emidio.

As well as looking at the bigger picture and proposing the need for better roads and parking in Faro city, he also added that he is aware of the need to improve conditions for residents in the smaller towns and villages. “Here in Santa Barbará de Nexe, the first thing I would improve if I win the election is the water system so that everywhere has drinkable water and that water treatment is available. Improving the road system would be my second priority.”

With around 25 years in politics, including having served in Lisbon as minister for the environment and working in Tavira for 12 years, Marcário Correia made it clear to the residents at the meeting that he believes he is capable of bringing positive changes to Algarve’s capital.

After the meeting, many residents said they were pleased with the candidates approach and willingness to speak to them.

“Prior to this, no one had really ever spoken to us, we were just ignored. I wish Macário Correia well in these elections and will likely vote for him now,” said one British resident.

Other candidates who have announced that they are running for the Presidency of Faro council this year are:

José Vitorino – former Faro Council President has announced that he will be running as an independent candidate this year.

António Mendonça – is the candidate for Portugal’s communist party (CDU).