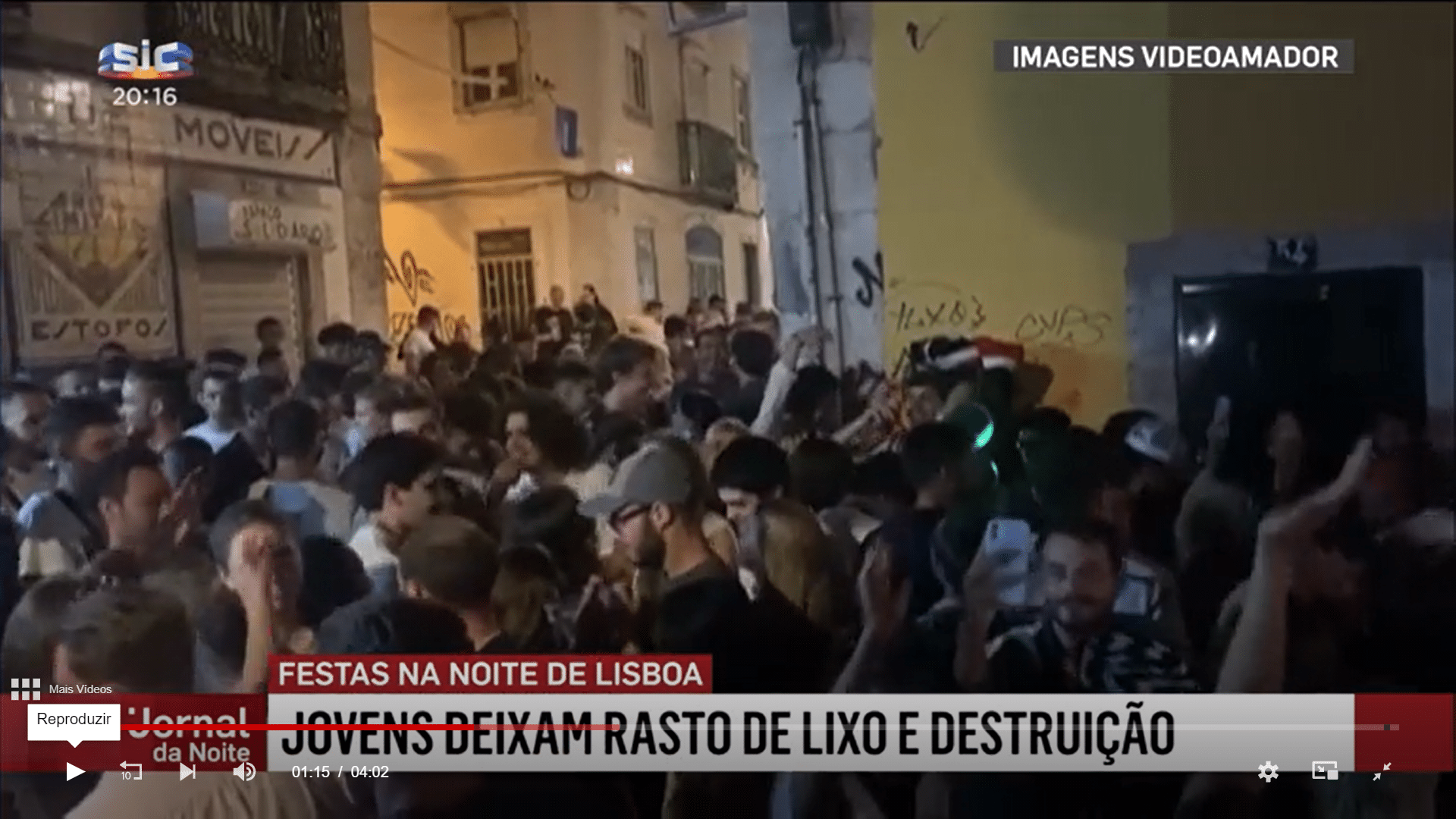 “Re-open discos!” It is no longer just the disco owners and managers themselves pleading with authorities to reopen this seemingly forgotten sector of Portuguese society. Exhausted residents and businesses in urban areas like Lisbon’s Bairro Alto and Cais de Sodré have had enough of the impromptu parties going on way into the small hours on highdays and holidays.

Young people ‘with nowhere to go’ once bars and restaurants close at 2am, have resorted to holding open-air discos of their own, by placing speakers in the streets and dancing the night away.

Says SIC, anyone living in areas affected has little chance of sleep or rest – and the landscape in the morning is one of utter devastation: empty bottles, rubbish, discarded masks and goodness-knows-what litter streets that have been scenes of ribald partying.

With the government bringing its own programme for ‘reopening society’ forwards, the feeling from those attached to Portugal’s nightlife is that there is no time to lose.

“Waiting until October” (the date originally set for the return of late-night bars and discos) is unnecessary, João Gouveia of the national association of discotheques has said.

It is also likely to see current practices perpetuated.

As SIC heard, the lack of venues for young people to go to has led to illicit sales of alcohol on the streets, to an excess of urination in corners and alleyways – and a situation that all affected claim has become intolerable.

Hilário Castro, president of the association of businesspeople in the Bairro Alto, told the television station: “It worries us… no-one respects anyone…and in the end it affects the businesses as well because these kind of gatherings put off the regular visitor to the Bairro Alto…”

When it comes to policing, Mr Castro inferred there simply isn’t enough of it.

“There is little policing”, he told SIC, adding that the association has requested “greater proximity of agents on the ground” – but teh request so far has fallen on deaf ears.

“Businesses have to pay out of their own pockets for security to prevent robberies and muggings”, says SIC’s reporter who agrees ‘local authorities’ believe the problem could be sorted if discotheques were at last allowed to reopen (after enforced closure since March 2020).