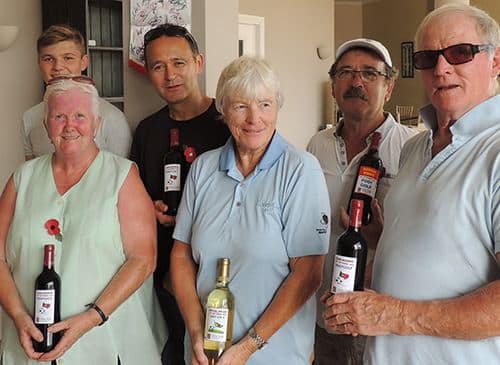 A welfare caseworker and branch management course, organised by the Portugal Branch of the Royal British Legion (RBL), was held at the Holiday Inn Algarve in Armação de Pêra between March 15 and 19.

Caseworkers from all across Portugal and Madeira attended, with many returning to re-qualify as caseworkers.

The course was attended by 26 people, with Eddie Hefferman from the overseas section of the board of trustees and Harvey Tilley, the head of the RBL community services based in London, also visiting during the course.

British Consul Clive Jewell gave a talk to the caseworkers while a member of the UK Department for Works and Pensions also visited from Spain.

The Portugal branch of the RBL are currently answering on average 18 calls for assistance per year from ex-servicemen and their dependants in Portugal, with this figure also including Portuguese citizens who are married to ex members of the UK armed forces.

The management course also included individuals who are interested in setting up RBL groups in Caldas da Rainha, north of Lisbon, and Coimbra in the centre of Portugal.

This year is the 90th anniversary of the RBL and there will be special events around the world at the beginning of June, including Portugal, to celebrate.

For further information on joining the RBL or activities in the area contact Barbara Briggs on 282 084 438 or Eddie de Bie on 282 381184 or please visit the Portugal Branch website at  www.britishlegion.org.uk/branches/portugal