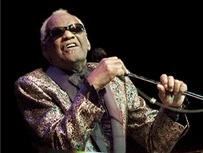 A MUSICAL, entitled Ray Charles Special – One Night of Soul, will be performed by a group of American artists at the Fundação Pedro Ruivo Auditorium in Faro, on April 22, at 9.30pm.

The musical follows the 50-year career of Ray Charles, who was not only the first black artist to win 12 Grammy awards and attain superstar status, but is nowadays widely regarded as the inventor of soul music. The show features a singer impersonating the late Charles, accompanied by the ‘Raeletts’ and a band comprising of 15 musicians, led by world class soloist Rico McClarrin, former drummer with the legendary Weather Girls.

Ron Williams assumes the role of Ray. Born in California, US, Ron’s passion for soul and blues began when he was just 12-years-old. He has had his own TV show and his campaigning against racial discrimination and violence won him the Federal Cross of Merit. Ron Williams’ latest CD, Gotta Do The Right Thing, has been a great success.

The audience will also be given the opportunity of seeing vintage footage of Ray Charles’ live shows on a giant screen.

Tickets for this acclaimed show, priced between 45 and 55 euros, are likely to sell-out very quickly, so book early to avoid disappointment. For further information and to book your place, call 289 873 115 or visit www.fundacaopedroruivo.com