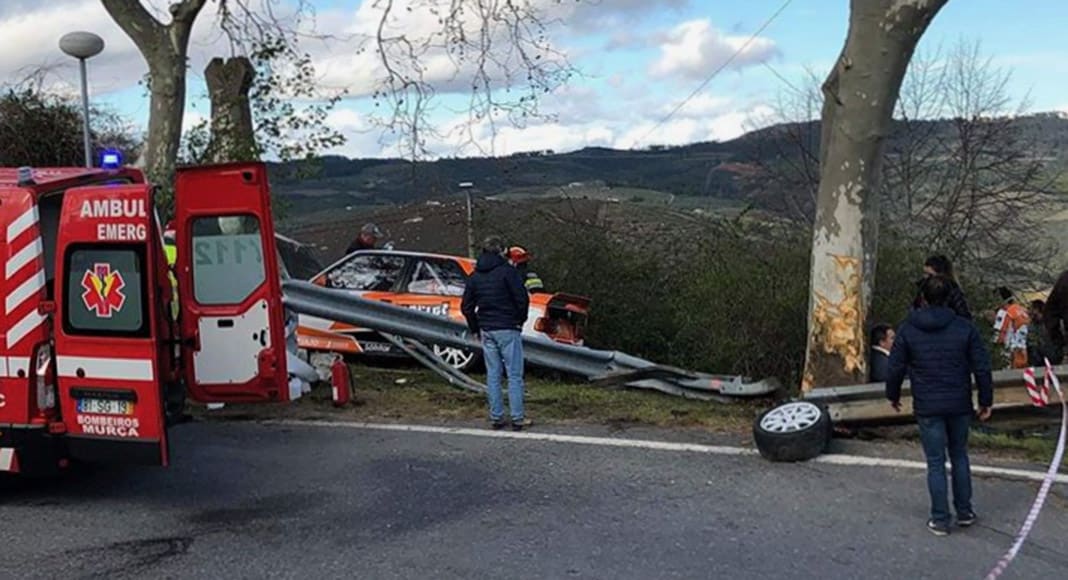 Two people watching a rally were killed outright on Sunday when one of the cars careered off the piste at high speed, hitting them full on before crashing into a tree.

Eight other spectators were hurt in the incident, two of them seriously.

The accident happened in Murça.

It’s understood the car suffered ‘a mechanical fault’ which led to the accelerator pedal sticking.

The dead were both 55 years old, but not related in any way to each other.

An eye-witness said the rally car was going “at great speed” at the moment of impact.

The victims will have been killed instantly, he told reporters.