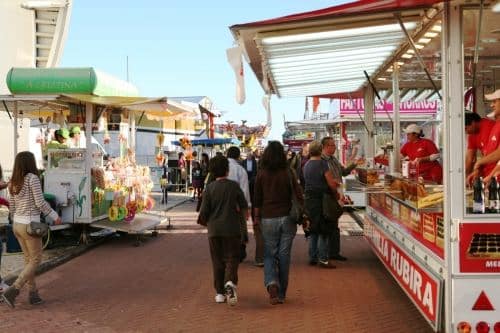 Exposure to the fumes of gasoline way back in the dark ages turned the Boss and me into lifelong petrolheads. As small children, one whiff of the stuff drew us like iron filings to a magnet. Either it suggested a drive in the country or repairs to the mysterious beast hiding at the front end of the car.

While I was allowed to chip away carbon from valves and cylinders, at an early age the Boss was learning to drive seated on his father’s knees behind the steering wheel.

Because testing was suspended for seven years during World War 2, the Boss obtained a licence without proof of competence.

As a driver in the WAAF, I received six weeks of tuition with the British School of Motoring and six weeks at Police School before sitting my test.

There has always been a touch of seeking the moral high ground when either is driving the other and if an error of judgment occurs, comment is swift and to the point.

A sharply indrawn breath and hasty foot on a non-existent passenger brake for minor offences, a verbal rebuke that rumbles on for major mistakes.

Last week, after several days of heavy rain, part of our drive had been washed away, the ditches either side spongy and weakened by a heavy lorry delivering a load of paving slabs.

Leaving three workers hard at it laying a new patio in front of the house and being my turn to drive, while trying to avoid a rut of exposed rock on our track, I dropped a front wheel over the edge, managed to wrestle the car back on to terra firma, over-corrected and continued sashaying downhill to the road.

With my right ear buzzing from a salvo fired by an angry and shocked passenger, we travelled to Lagos in silence, had some coffee and slowly returned to normal.

Coming home a couple of hours later, there was the builder’s car well and truly ditched in the place from which I managed to escape earlier. Shamefully encouraged by its plight, I felt that justice had been done and laughed all the way up to the house.

Ever willing to help when needed and, by the way, usually there is nothing wrong with his driving, in no time the Boss had towed the stricken vehicle backwards from its muddy resting place and peace reigned in the Brown household.

On the subject of peace (and goodwill to all men) for me the Christmas period just past is memorable for several reasons, but foremost because of the untiring work of all members of the hierarchy of St. Vincent’s Church in the Algarve.

Our Chaplains Fr. Haynes and Fr. Bob, together with Lay Readers, Churchwardens and other workers, have, through Advent to Christmas Day, given us a true insight into the how, the why and the meaning of this special season of the Church Calendar.

Carol services led by the choir, full participation by children either reading the Lessons or singing for the congregation, and social gatherings not confined to churchgoers have shown that the spiritual and secular can be comfortably joined where there is goodwill.

After battling with snowy weather in England, No.1 daughter flew down from chilly Somerset hoping to see the sun. Instead we had rain every day and torrents on the way to Church on December 25, making a detour necessary via the old Lisbon road because our usual route was under water.

As we passed, a helicopter with fire engine standing by was rescuing people from a house at Portelas, the ground floor of which was underwater and there were flooded orange groves and fields on three sides.

The traditional Christmas Day picnic at some isolated view point on the West Coast was out of the question so we came home to eat it in front of a blazing log fire, with plenty of Buck’s Fizz and gifts waiting to be opened.

Very different from our second Christmas in 1987 when we swam and sunbathed on Porto do Mós beach, the water feeling quite warm to northerners as yet to become acclimatised.

The knock-on from Britain’s arctic winter is that cards continue to arrive and a gift from No.2 daughter is still at the mercy of either the Correio, or the GPO or perhaps disaffected baggage handlers at Faro Airport.

With regard to making New Year resolutions, in an effort to do better in 2011, I was spoiled for choice with so many options presenting themselves and, knowing that I always fall at the first fence, ended up having made none.

Just a general resolve to be more patient, a lot tidier about the house and to accept that other motorists have a right to their share of the highway but not to ride on my rear bumper and I shall continue to reduce speed while driving over the river bridge into Lagos toward the new Police Station.

If not already in place, for sure sooner or later a CCTV camera will be directing its beady eye straight down the middle of the dual carriageway, to catch the unwary and swell the coffers of law enforcement.

Meanwhile, may you all have a happy and healthy New Year, keep an eye on your rear view mirror and leave room for the idiots overtaking on a solid white line!
3″>features