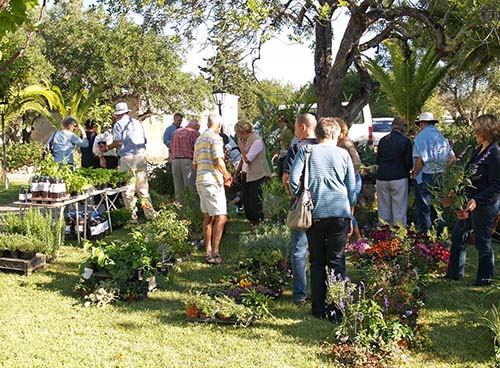 Heavy rain on Wednesday morning led to disruption at Faro airport, with incoming flights being diverted to nearby airports in Spain and Portugal, while areas within the terminal building were evacuated after rain water came through the roof.

A spokesman for ANA airports, the company responsible for the management of the airport, told the Algarve Resident: “All flights coming to Faro are being diverted to Lisbon, Seville or Malaga.”

According to Meteo, the Portuguese meteorological service, 49mm of rain fell in the morning at Faro airport, more than twice the monthly average for May (21mm) while there was also thunder and lightning reported in the Algarve capital.

Algarve resident David Thomas was at the airport on Wednesday morning.

He told the Algarve Resident: “The heavy rain resulted in water cascading through the roof of the terminal building along the inside of the front windows, with affected areas being evacuated and refreshment kiosks being closed.

“Drains failed at the terminal entrance resulting in water bubbling up through the floor at the swing door entrances, while water extended around 10 metres inside the terminal building arrival area.”

The heavy rain also led to flooding in the car parking areas and access roads with the entrances to car parks closed.

Low cost airline easyJet told the Algarve Resident: “Like all airlines operating in Faro, due to current adverse weather conditions, easyJet has had to re-route flights bound for Faro airport. The safety of our passengers and crew is easyJet’s first priority and we will work to get Faro bound passengers to their destinations as soon as weather conditions allow it.”

Passengers using the airport were advised to continue with their travel plans as normal.

A spokesman from low cost Irish airline Ryanair said: “Passengers should present themselves at the airport for their flights, as flights will operate as normal or with delays as weather conditions change.”

Monarch also confirmed that bad weather in Faro on May 18 resulted in a number of Monarch flights incurring delays. A spokesman for Monarch told the Algarve Resident on Wednesday: “ZB403, which was scheduled to depart for Birmingham at 10.30, took a 45 minute delay and ZB580 which was due to land from Manchester at 10.35 was diverted to Seville. The flight is now on route to Faro and is scheduled to land at 13.50.”

At the time of the Algarve Resident going to press on Wednesday, it was not clear how long the delays would continue.

The spokesman from ANA airports added: “We don’t know how long the situation will continue for. We are waiting for the bad weather to pass so that we can return to normal flight activity.”