The long-awaited electrification of the Algarve railway between Lagos and Tunes has finally begun.

The contract authorising the start of the works was signed on Friday (June 24) in Lagos by the Minister of Infrastructure, who described the occasion as a “great victory for the Algarve and the national railway”.

“The country, in terms of its railway, is making a big investment,” Pedro Nuno Santos told reporters.

The Lagos-Tunes electrification will cost over €25 million and is being carried out by a consortium consisting of Comsa Instalaciones y Sistemas Industriales SAU, FERGRUPO – Construções Técnicas Ferroviárias, SA and COMSA, SA, according to infrastructure authority Infraestruturas de Portugal (IP). 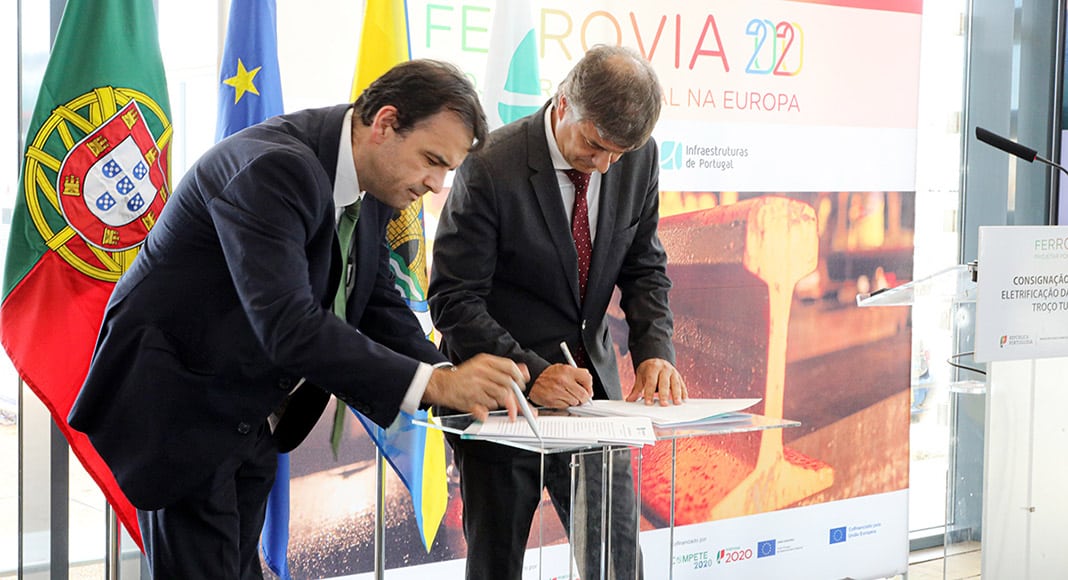 All in all, around €80 million is being invested in the “electrification and modernisation” of the entirety of the Algarve’s railway.

The minister admitted that the country’s railway is at least “one decade behind” other countries and promised a “new cycle of investments” to develop and update the network.

Meanwhile, Lagos Mayor Hugo Pereira celebrated the arrival of the “train of modernisation” to Lagos despite a “lengthy and difficult process”.

He also brought up an old concern of the municipality, related to the construction of seven-metre-high overhead lines to power the trains in Meia Praia – an area renowned for its sprawling beach and dunes.

Pereira said he still hopes that the “negative visual impact” of the electrification can be mitigated. 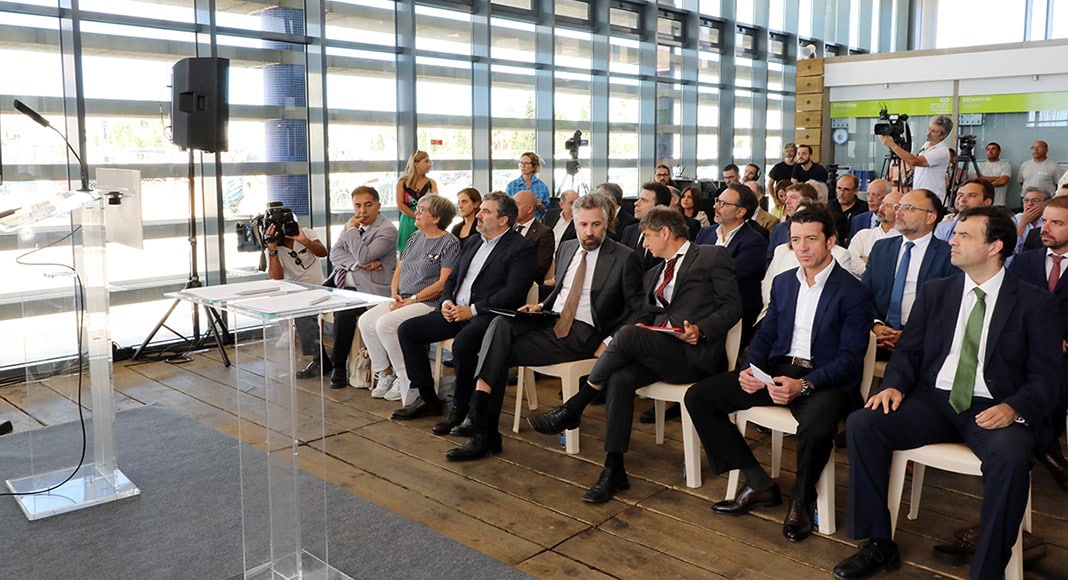 IP vice-president Carlos Fernandes also attended the event and explained that the investments being made will lead to “great advantages in terms of the quality of railway transportation in the entire Algarve region”, namely making train rides “quicker, more efficient and sustainable”.

The electrification of the Algarve railway is divided into two separate projects. The first focuses on the eastern section between Faro and Vila Real de Santo António and is already underway, having started in November 2021 and is due to be completed in 2023.

Improvements to the railway network also include renovation of the Portimão and Vale da Lama railway bridges, while the level crossings in Silves, Estômbar and Portimão are due to make way for overpasses.

Says IP, the electrification of the railway will make train trips more “modern, comfortable and faster”, reducing the journey time between Lagos and Vila Real de Santo António by 25 minutes.