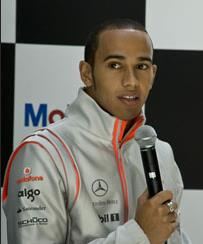 THERE HAS been speculation that racism in neighbouring Spain could mar the regeneration of Portuguese motor racing after a recent shocking incident. Some spectators painted their faces black at the Spanish Grand Prix circuit in Barcelona in January and jeered at British racing driver, Lewis Hamilton.

The International Automobile Federation (FIA) has said that it is shocked and appalled by the racist outbursts and insults directed towards the 23-year-old racing driver and has warned the Spanish authorities about any repetition.

Fans are being appealed to behave themselves by preoccupied Formula One organisers and circuit managers, including Ramon Padrera, manager of the Montmeló racing track, which is due to host the Spanish Grand Prix in April.

While the McLaren team had barriers erected around them for Hamilton’s safety during the Spanish fan’s rampage, the driver himself reacted very calmly and showed a maturity beyond his years.

The root of the Spanish fans discontentment came after their country’s favourite racer Alonso Fernando was outshone by his team-mate Lewis Hamilton in 2007.

The fans blame Hamilton for Fernando’s failure to record what would have been a hat trick of world titles last year as well as his split from the McLaren team.

Although McLaren has no interest in creating a deeper rift with the Spanish public, being that the Spanish bank Santander is one of the team’s major sponsors, general alarm about the fans’ attitudes could spread.

With this spread, it is also possible that Portugal could get dragged into the debate that will no doubt emerge after this sadly apparent display of the very real presence of racism in sport.

As the FIA threaten that Spanish venues could be pulled from the Formula One calendar, the whole of Iberia could be in danger of being viewed as an area to avoid.

This is not good news for Portugal which is working hard to be accepted as a major motoring destination, since the relegation of the Estoril track on the World F1 circuit.

It is hoped that Portugal, and indeed the Algarve, can carve out its own identity away from Spain with the construction of the new motor racing track near Mexilhoeira Grande.