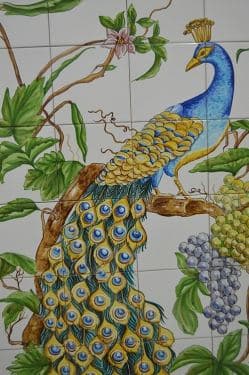 Autódromo do Algarve has been appointed the distributor for Portugal for exhaust systems company Akrapovic.

Akrapovic, based in Slovenia, was founded in 1990 and has developed a name as the leading supplier of performance and racing exhaust systems for motorbikes.

Some 57 championships have been won by bikes carrying Akrapovic systems and for the last three years the company has been extending its range into the car market.

Akrapovic claim to be the best exhaust systems for vehicles combining design, materials, research and a state of the art factory with race proven testing, passion and experience.

Two days of Akrapovic Driving Experiences were held at the Autódromo over May 9 and 10, allowing customers, distributors and journalists to experience firsthand the exhaust systems fitted to the Autódromo Racing School cars.

Circuit CEO Paulo Pinheiro said: “Akrapovic has the best exhaust system in the world and this combined with one of the best circuits in the world makes a natural partner.”

In an interview with the Algarve Resident, Akrapovic director Michel Neven revealed that this was a historic moment for the company.

This partnership is the first of many it hopes to make with the world’s best circuits. After only three years, cars account for 20% of the company’s turnover.

There was a natural alignment between circuits, racing and Akrapovic, which this partnership will seek to develop.

The partnership was forged out of the circuit’s involvement with World Superbike and Supersport racing.

“The Autódromo do Algarve is a unique circuit, with its combination of challenging corners and wide run off areas, making it ideal for testing vehicles in a fast but safe way,” said Neven, who also outlined the company’s ambitious plans to expand its involvement beyond exhaust systems.

“We are building two new divisions. One division will be specialist in Carbon Fibre and the other in Titanium products. We believe this to be unique in Europe if not the World.

“The drive for ever efficient vehicles will naturally move production cars to use the sort of advanced technology used in racing cars to help save weight. We will have this capability, which also has aerospace and medical applications.”

Phil Egginton is Managing Director of Peninsula Motorsport, specialist motorsport services company based at the race track, allowing him to experience, first-hand, all the action at the circuit