Portugal Resident
Home Algarve News Race against time to ‘save’ €80 million MotoGP promises for Algarve and... 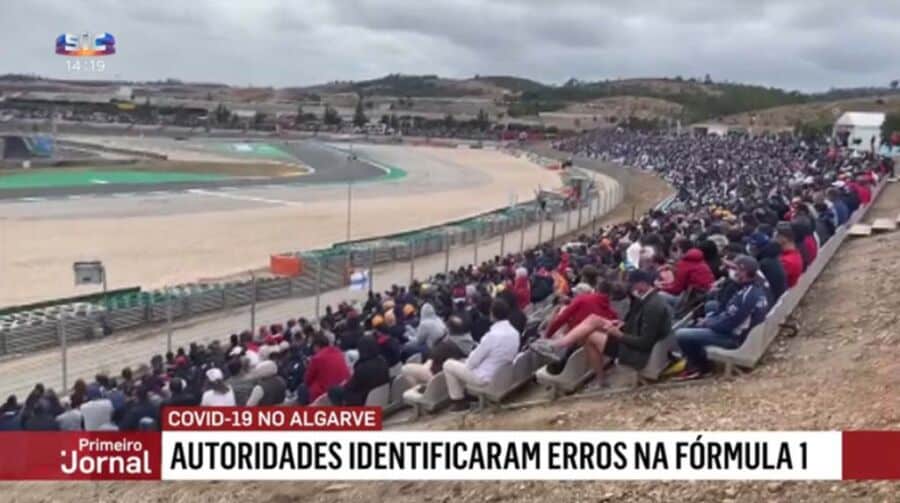 Despite earlier reports to the contrary, it seems negotiations are still ongoing to try and ‘save’ the €80 million in revenue that the Algarve risks losing if members of the public really are barred from upcoming Grand Prix races at the Algarve International Autodrome.

This is the gist of a report in Jornal Económico this weekend that stresses: “The process is not closed and there is still the chance of both Formula 1 and Motorcycling Grand Prix having public on the benches”.

“Everything depends on negotiations that Jornal Económico knows are continuing to take place between Turismo do Algarve, the Câmara Municipal of Portimão, the Algarve International Autodrome, the Regional Health Authority of the Algarve, the General Directorate of Health (DGS), Turismo de Portugal and the Secretary of State for Tourism.

“At stake”, says the paper, “are global receipts in the order of €80 million for the region and the country…”

JE’s source for the revelation has been president of Turismo do Algarve João Fernandes who is cited as having told the online that the F1 event in May – and MotoGP due in a matter of days – could actually bring in revenue for the region and Portugal as a whole of as much as €160 million.

Thus what is happening ‘right now’ is a ‘veritable race against time. MotoGP is due to take place next weekend. The Formula 1 Heineken Grand Prix Portugal is schedule at the Algarve racetrack on from April 30-May 2.

“Turismo do Algarve, with the municipality of Portimão, the Algarve International Autodrome, ARS-Algarve (regional health authority), DGS, Turismo de Portugal and the Secretary of State for Tourism are assessing safety conditions to make it possible to consider the presence of the public in both competitions”, Mr Fernandes has told JE.

Yet this possibility was “categorically” ruled out by prime minister António Costa only last month (click here) – and with national media warning today the Algarve is in danger of ‘not moving forwards’ as planned into stage three of deconfinement on April 19 due to the increasing number of new positive cases of SARS-CoV-2 (see text to come), the chances of such a massive policy u-turn seem slim.

Perhaps the only way of pushing forwards is to highlight the fact that the ‘increasing number of positive cases of SARS-CoV-2’ being flagged by mass PCR testing up and down the country are not actually resulting in an increasing number of ‘serious illnesses’ of people showing symptoms of Covid-19.

This is nonetheless a fraught subject – particularly as the last time the public attended a Grand Prix event at the autodrome, there was widespread criticism of authorities’ failure to ensure correct social distancing on some of the stands, see image above and (click here).