Portugal Resident
Home Portugal News Rabbit now in danger of extinction – along with 30,000 other animals,... 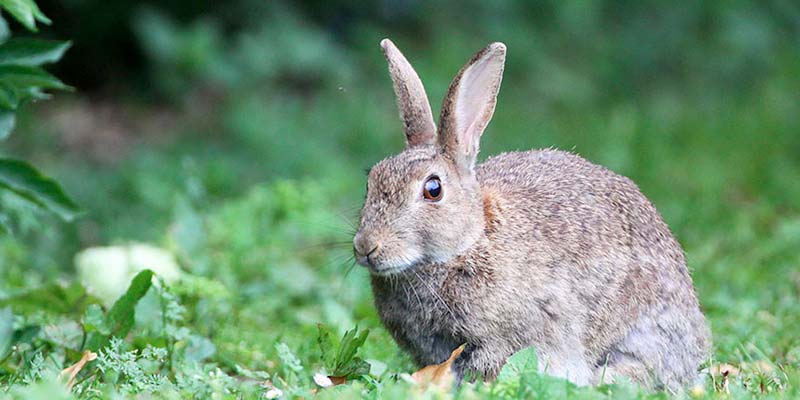 Rabbit – more precisely the European Rabbit, found in Portugal, Spain and France – is in danger of extinction, along with over 30,000 animal, bird and plant species.

The age-old expression “breeding like rabbits” has fallen foul of the scourge of RHD (Rabbit Haemorrhagic disease) a virus that originated in China in the early 80s, and arrived in Europe a few years later.

The situation saw European rabbits entering the ‘Red List of Endangered Species’ over a decade ago, under the classification “almost threatened”.

But now a new spike in the virus has wiped out around 70% of the rabbit population, leading to the species becoming yet another that is “threatened by extinction”.

And because other species – particularly the Iberian Lynx and Iberian Imperial Eagle – survive largely on a diet of rabbit, their survival too is now much more precarious.

In its latest statement, the IUCN (the International Union for Conservation of Nature) describes the situation today as a “biodiversity crisis” in which climate change is “adding to the multiple threats” that species face.

“We need to act urgently and decisively to curb the crisis”, says the statement, which in fact has some ‘good news’, in that efforts to ‘save’ 10 species – eight birds and two freshwater fish – have shown “genuine improvements” showing that “nature will recover given half a chance”, and that “when governments, conservation organisations and local communities work together” the trend of biodiversity loss can be reversed.

The issue, of course, is that ‘half a chance’.

In the case of European Rabbit, this may get that bearing in mind the species is a crucial element in Spanish and Portuguese efforts to recover the Iberian Lynx.

The new IUCN report has been published to coincide with Madrid’s COP25 Climate Change summit, running till the end of the week.

The message is loud and clear: “The next year will be critical for the future of the planet, with the IUCN World Conservation Congress in June 2020 a key milestone set to define the conservation agenda needed to address the species emergency ahead of the decisions to be taken by governments at the Biodiversity Convention meeting in Kunming, China, in October 2020.”

In the bracket relating to plant-life, eucalyptus has been given special mention – for the simple reason that in Australia eucalyptus is really all that stands between the already ‘technically extinct’ Koala and its complete annihilation.