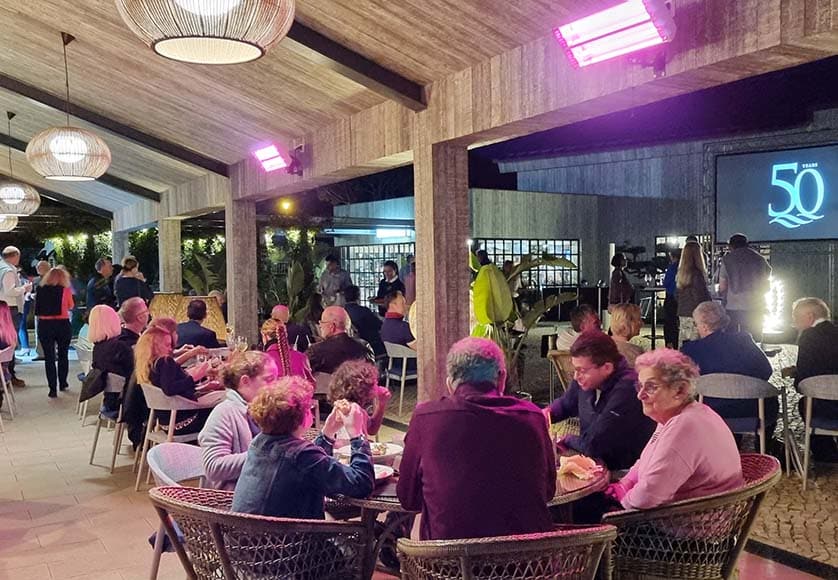 Around 100 guests, mainly property owners, gathered at Dano’s on Monday, October 24 to celebrate the launch of Quinta do Lago’s 50th anniversary book.

The book was designed and published by Open Media, publishers of the Portugal Resident and several other titles.

Guests were welcomed by Joana Serra and Joana Oliveira, Marketing Managers for Quinta do Lago, and served refreshments and canapés. They also gathered to watch a 20-minute video about the evolution of Quinta do Lago and plans for the future introduced by CEO, Sean Moriarty.

Quinta do Lago owner Denis O’Brien says in the book: “We celebrate André Jordan’s vision all those years ago and we also celebrate that Quinta do Lago has successfully maintained its position as the most exclusive golf and real estate resort in Europe. 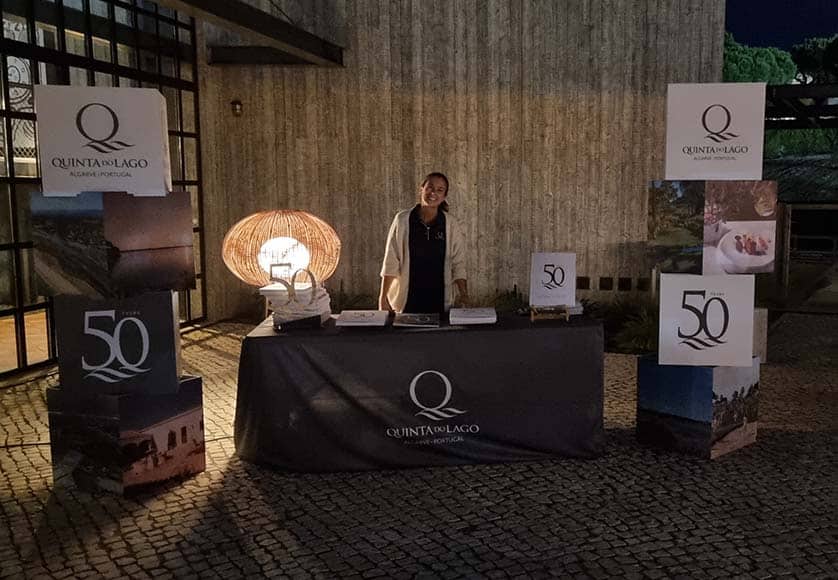 “By continuously investing and enhancing our three 5-star golf courses, our infrastructure and environment and our sporting facilities, we are protecting a unique facility in a unique environment for our residents.

Adds O’Brien, many years have been spent crafting and creating a lifestyle at Quinta do Lago where “owners and guests can savour a pace of life where they can socialise and where they can make long-lasting memories”.

The book’s foreword was written by Quinta do Lago founder André Jordan, who stresses that the world, Portugal and Quinta do Lago have all changed since June 25, 1972. 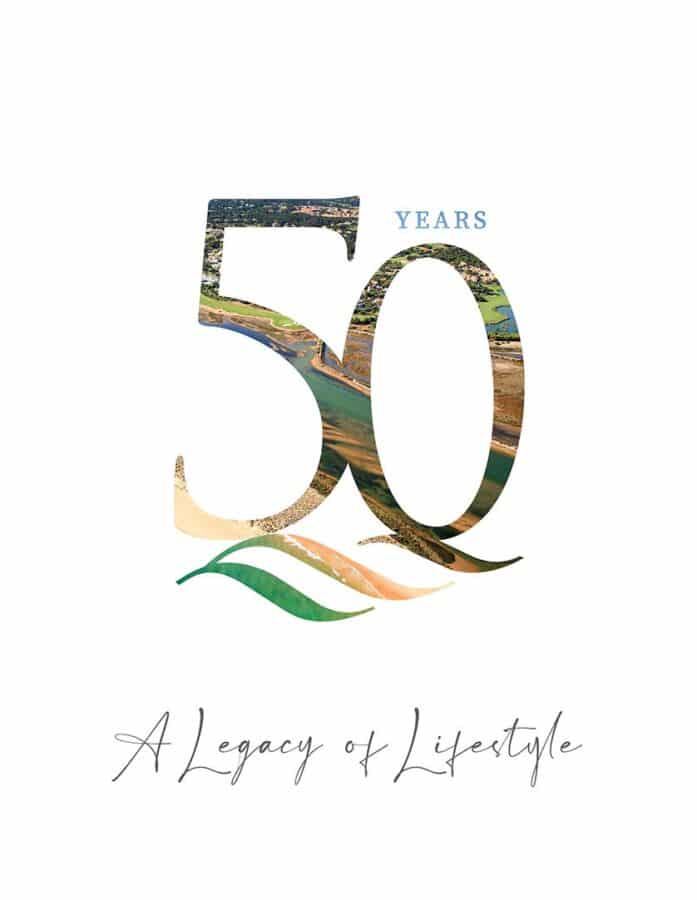 “However, the preoccupation to preserve the basic values of civilised society and respect for the environment has not changed,” he says.

According to Jordan, “golf has consolidated the prestige of the Quinta do Lago Golf Club, the largest and most prominent golf club in Portugal, with its courses listed in the top 50 in Europe.

“In the troubled times that we live in, Quinta do Lago has proven to be a prime location for serenity and enjoyment, which places it, by general acclaim, as one of the top locations in the world. I hope the next 50 years will prove just as successful,” he says.