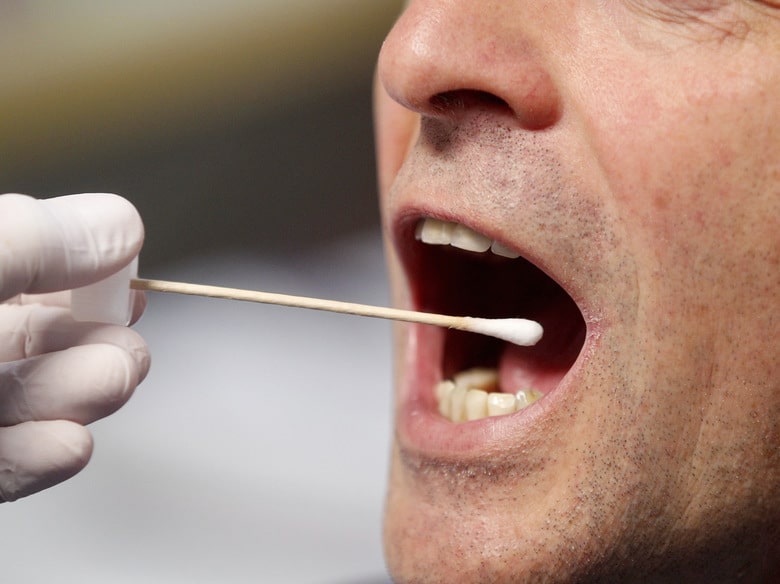 Quickie Covid saliva tests arrive in Portugal on Monday. With results in 15 minutes and a purported 98.2% accuracy, 35,000 will be available in pharmacies and clinics, reports Correio da Manhã tabloid.

CM’s story centres on tests marketed by Portuguese pharmaceutical company Inventis. But there are others also on track for arrival on Monday by national biotechnology firm Biojam – which claims they carry 94% accuracy (enough to satisfy regulatory authorities, says RTP).

The benefit of saliva tests is not simply the speed with which they give results. It is with the fact that they are much more comfortable for those submitted to them, and ultimately ‘safer’.

This is where Biojam’s Carlos Monteiros conceded the risk that so many parents have been acutely aware of in submitting their children to the ‘gold standard PCR tests’ which involve deep swabbing of the nasal cavities.

He told RTP yesterday: “I think that there exists a risk, there is a risk because children don’t stop moving their heads and this can have some implications in respect of the methodology of the swab”.

Nonetheless, stories announcing the saliva tests suggest anyone receiving a positive result will have to get this ‘confirmed’ by an ‘official PCR test’ once they have been referred to the SNS national health service.

President of the national association for public health doctors Gustavo Tato Borges told CM the main advantage of saliva tests are that they are ‘another brick in the wall’ of combat against the virus. They will be comparatively ‘cheap’ (around €10 plus IVA). The traditional PCR test costs the SNS, which roughly three times this amount, says CM – while private testing laboratories charge even higher prices.

Rádio Renascença meantime reports today on the pilot study of a third variety of saliva test, devised by the António Xavier Portuguese Chemical and Biological Technology Institute of the New University of Lisbon in collaboration with the Armed Forces Laboratory of Food Science and Biological Defence.

This particular test has an 85% accuracy and works with ‘alteration of colour’. If the person tested is positive for Covid-19 the test turns yellow. If they are negative, the colour shows pink.

Says RR, the test takes ‘half an hour to an hour’ and “is particularly adequate” for use in “old people’s homes, schools and airports”.

The report does not allude to the two other brands of tests which actually claim a greater degree of accuracy available in a shorter period of time.