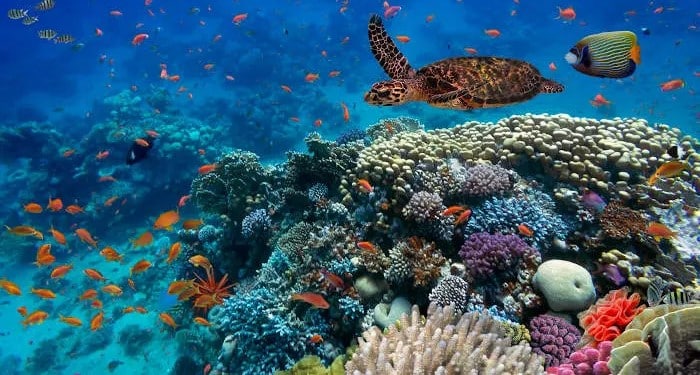 Portugal’s environmental NGO Quercus has today welcomed this week’s agreement, sealed in Canada, that allowed the approval of a Global Framework for Biodiversity at the 15th conference of the parties to the UN Convention on Biological Diversity (COP15)

In case anyone is getting confused about how many COP climate conferences there have been, this is because the numbers keep changing.

Only last month, Quercus was deriding COP27 (held in Egypt) for having been a cop-out.

Dial back 12 COPs and suddenly the results are “fantastic”.

This is because the Montreal COP was specifically targeted at biological diversity (not at carbon emissions).

190 countries agreed to protect 30% of the planet by 2030, and provide 30 billion dollars (around €28 billion) in annual aid for nature conservation and biodiversity for developing countries.

The Kunming-Montreal Global Biodiversity Framework – with four long-term goals and more than 20 urgent action targets for 2030 – “recognises that biodiversity is fundamental to the well-being of humanity and the balance of the planet”.

Its “ultimate objective” is to “halt its decline and achieve a vision of development that achieves full harmony with nature by 2050, as well as safeguarding the rights of indigenous peoples” and ensuring a “fair and equitable” sharing of the benefits of resource use.

Among targets set by the agreement, Quercus highlighted the “commitment to protect 30% of the planet by 2030”, the “effective repair of 30% of the degraded areas of terrestrial, marine and continental water ecosystems”, the reduction “by half of the food waste on the planet” and “the obligation to take measures to integrate the need to conserve Biodiversity in all policies and plans, especially in the case of activities that may negatively affect it”.

The NGO also considered “fundamental” that the objectives defined at COP15 “are applied in all national policies, especially in the field of conservation and restoration of nature”.

The historic agreement was reached after four years of difficult negotiations, explains Lusa, “which included the first part of COP15 held in China last year and 10 days and a night of a diplomatic marathon in Montreal, Canada”.

The Portuguese government was represented by secretary of state for nature conservation and forests João Paulo Catarino, who told Lusa that Portugal would reach the targets set, one of which during the current legislature.

According to Catarino, the classification of 30% of protected areas by 2030 and the restoration of 30% of degraded areas would be the topics that will most influence the final result of the agreement – targets that are easier to achieve in Portugal, “as they are already defined objectives.

“In the terrestrial environment, we do not need 2030”, he told Lusa. “We will certainly achieve it, probably still in this legislature. That is our goal.

“In the marine environment, it is obviously more difficult because we are further behind and because we have a marine area much larger than our land area, 18 times larger”.