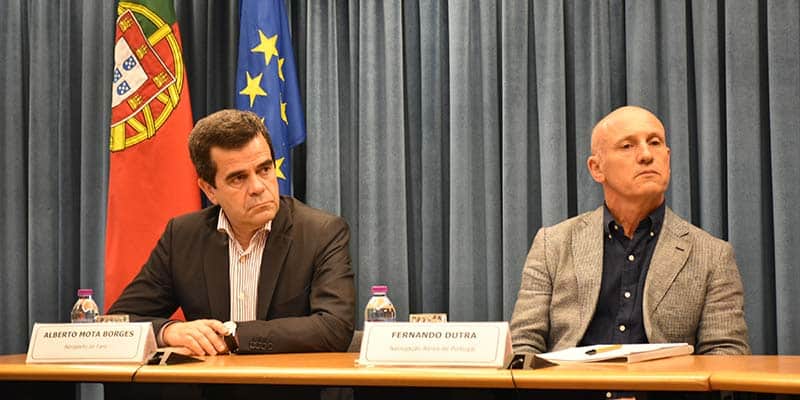 A new flight path for planes taking off from Faro Airport is expected to reduce aircraft noise heard on the ground in Quarteira, but not in Albufeira where most of the complaints have come from.

The new flight path will see planes flying out towards the sea and only turning over towards land when the aircraft is higher up in the air so that the level of noise heard on the ground is lower. If all goes according to plan, the new path could start being used before the end of 2019.

The news came during a public meeting held at the headquarters of the regional tourism board (RTA) in Faro on Monday, April 1.

The event, which was only attended by around a dozen people, was organised by the national civil aviation agency (ANAC) precisely because of the complaints made by residents in Albufeira, who say that they are at their wits’ end due to the “noise and pollution” caused by planes flying over the town.

But according to aviation officials, people living in Quarteira have much more to complain about than in Albufeira.

“The population of Albufeira has been more vocal, but it isn’t even the most affected by air traffic in the region. Faro and Quarteira, due to take-offs, experience substantially higher levels of noise,” he explained at the meeting.

Officials also explained that only 27% of landings are made over Albufeira as most planes approach the airport from Tavira. They said that they take all complaints into serious consideration but that, for now, there is no way around having planes flying over Albufeira.

“This is not a matter of choice, it is a matter of calculations. This route is the one that minimises pollution and noise. Planes always fly relatively high, always over a kilometre (over 3,000ft) above ground,” explained Luís Miguel Ribeiro, president of ANAC’s board of administration.

“This is naturally not an easy situation. The main message we want to pass is that we are aware of these problems and will continue following the situation. We don’t see these as minor complaints, we believe they are legitimate concerns that we try to respond to,” he added.

The controversy dates back to at least December 2017 when local citizens started sending emails to NAV calling for an end to commercial flights over Albufeira.
The group believes that the flight paths could be moved over the sea, keeping “at least two kilometres of distance from Praia do Peneco”.