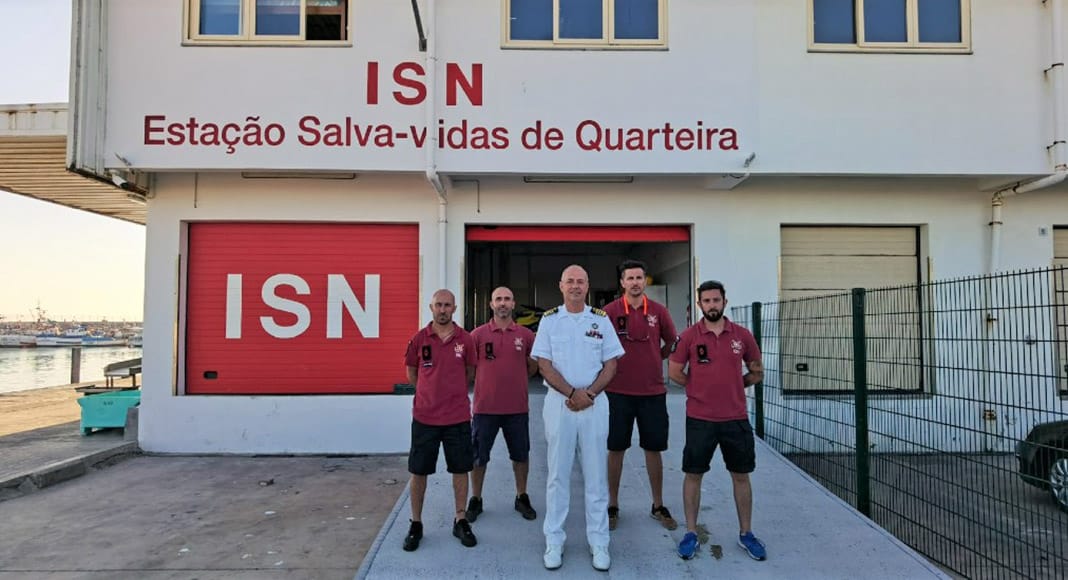 Quarteira’s new lifeboat station opened on Wednesday (May 27) and is expected to “significantly boost maritime safety in the Algarve”.

The new station, which will be responsible for sea rescue operations across a 30 nautical mile area between Portimão and Olhão, is located in the former no.10 warehouse at Quarteira’s ‘Lota’ (old fishing market). It will be manned by four lifeboat crew members assisted by one rescue vessel and a jet-ski.

Representing an investment of €725,000, the lifeboat station is considered “vital” by Loulé Council in a town whose population trebles in the summer and “records intense nautical activity, with a fishing fleet of around 250 vessels and one of the most prestigious marinas in Europe, Vilamoura”.

This is the sixth lifeboat station in the Algarve and follows the signing of a protocol in 2019 between the National Maritime Authority (AMN), Loulé Council and Docapesca. Other stations can be found in Sagres, Ferragudo, Olhão, Tavira and Vila Real de Santo António.

The official bathing season in Portugal starts on June 6.