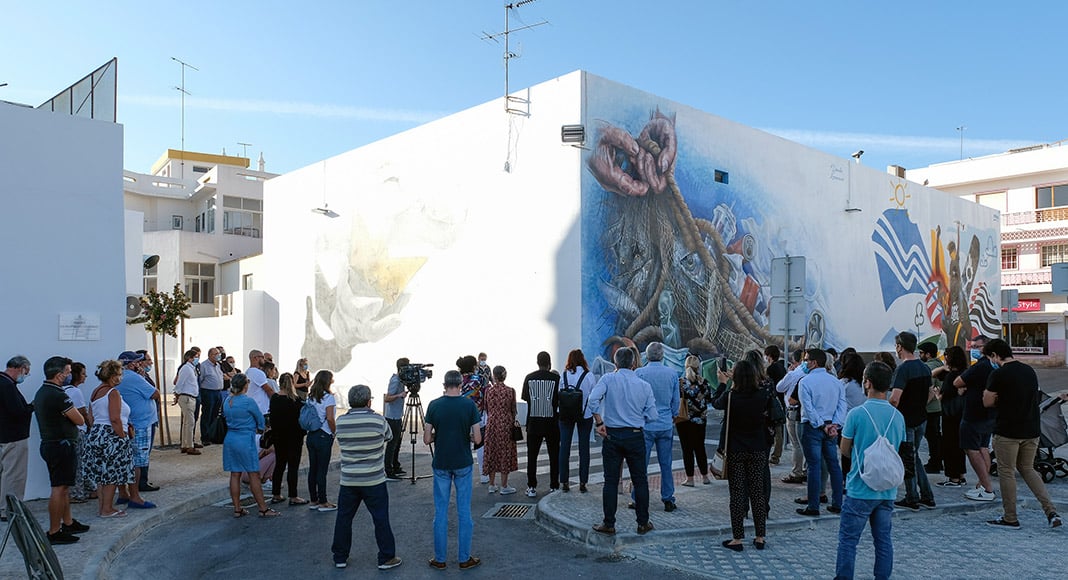 Three of Quarteira’s most talented artists have unveiled an impressive three-part mural at the town’s Gago Coutinho car park.

Daniela Guerreiro, Nuno Viegas and Élsio Menau were invited by the local council to each paint their own section of the mural and put their artistic talents to use by displaying their visions of Quarteira and global issues such as pollution and racial discrimination.

The mural was completed in just seven days and was officially inaugurated last Friday.

Daniela Guerreiro is one of Portugal’s up-and-coming mural painters and recently completed one in Lisbon’s Bairro de Alvalade. Her section of the mural in Quarteira tackles the pressing issue of plastic pollution.

“Pollution is one of the biggest problems we face and the first thing I think about when I think of Quarteira is the sea, fishermen, the history of this town and everything that we need to protect, not just here but throughout the whole world,” she said.

Guerreiro explained that the wrinkly hands that can be seen in her part of the mural represent “Quarteira’s traditions” while the rubbish represents “people’s carelessness about our seas”.

Nuno Viegas, who has taken part in some of the biggest graffiti festivals and showcased his works at world-class museums, chose to focus on the “world of graffiti” as well as Quarteira’s roots as a fishing town.

“The message is simple and direct: union, peace and freedom,” he said.

Local musician and singer Dino D’Santiago is also represented in the mural during a ‘Black Lives Matter’ march.

Loulé Mayor Vítor Aleixo was delighted to unveil the new urban art attraction, which shows how local artists can use their talents to give more colour to the town’s streets.

The mayor said that the initiative was also “a way of providing work to artists who are currently going through very tough times. We are living a pandemic and Loulé Council has been supporting artists in all fields, including theatre, music and writing,” he said.

Aleixo also commented on the council’s “strong investment in Quarteira”, which has helped the town develop quickly.

“A lot of money has been invested here,” he said, referring to the many improvements carried out along some of the town’s main avenues and roads, as well as projects such as the construction of a new fire station, GNR police station and BMX circuit. 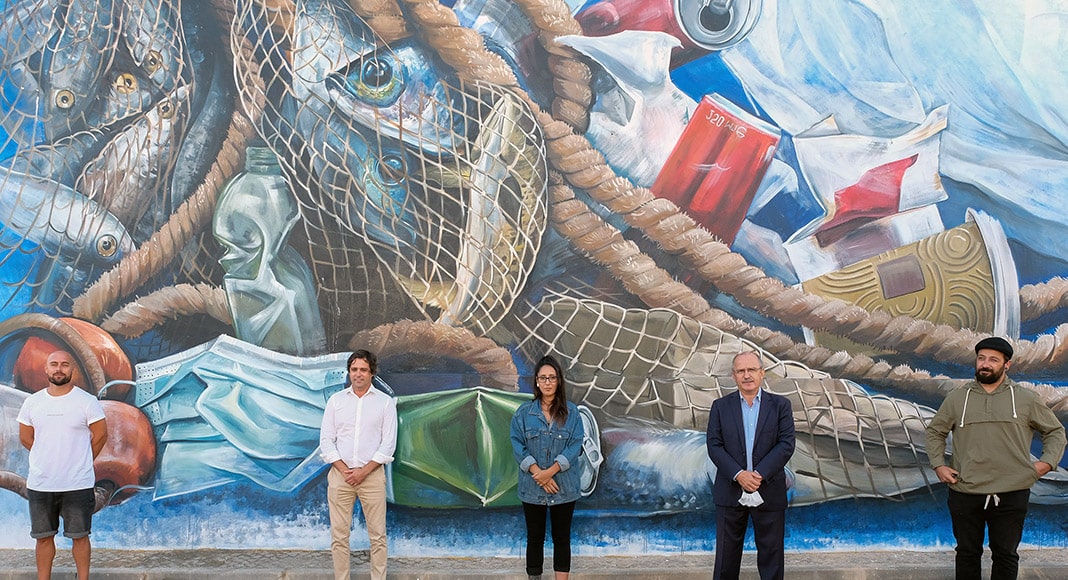