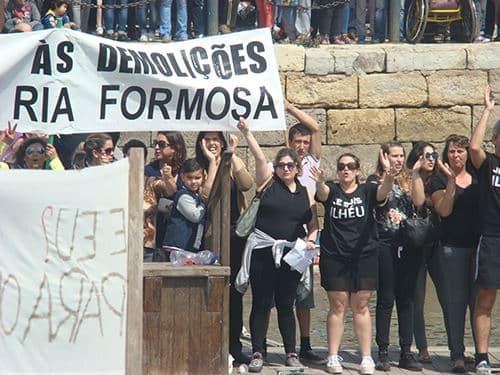 It is reported that to date this year a total of 2,803 horses of the Portuguese Lusitano breed have been slaughtered for meat because of the crisis; this represents an increase of 400% in the number of animals killed on 2011.

Some breeders admit that the economic crisis has led to this situation of having to kill the horses to have the meat processed for human consumption, as a form of  generating income.

The association’s president, Luís Vinhas, says putting such an animal down “breaks our heart” but, with the crisis, one must make choices and there are fewer buyers for these “magnificent horses”.

A Puro Sangue Lusitano horse is very expensive, but its value drops drastically if its destination is the slaughterhouse. Luís Vinhas highlighted that “the value of a horse is in its ability to be ridden, for the pleasure it offers and the tricks it can do.

“If its destination is to be sold by the kilo, it is worth far less. This horse is worth much more than the weight in meat it carries.”

To preserve the animal genes, most breeders prefer that the horse ends up on the table and not in the hands of someone who does not value the breed.