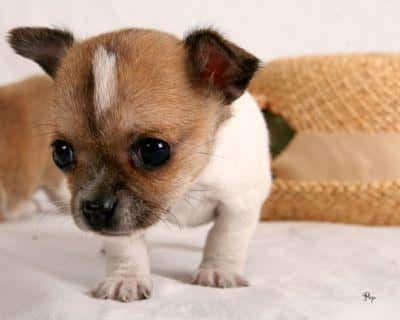 A Chihuahua puppy has been reunited with her owners in the US after being blown away in winds of more than 100 kilometres an hour.

Tinker Bell, who weighs just 2.7kg, was picked up and swept away in a strong wind at a flea market in Waterford, Detroit.

The eight-month-old was found days later, nearly 1.5 kilometres from where she was last seen.

Her owners told The Detroit News that their puppy was dirty and hungry but unharmed, adding that a pet psychic told them where to look for her.