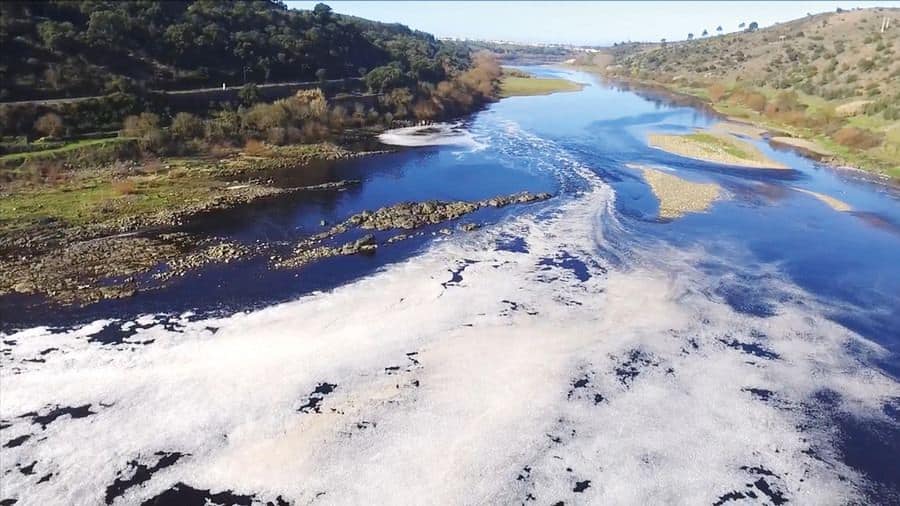 If pulping company Celtejo thought it could silence “the Guardian of the Tejo” who has been denouncing incidents of pumped pollution into Portugal’s flagship river, directors will be thinking again over Christmas.

No sooner was it announced that the company was seeking €250,000 in damages against Arlindo Marques – the prison guard who has made it is life’s work to speak out against abominations affecting the river – than the local council and Portugal’s oldest environmental NGO came storming to his defence.

Said Quercus in a statement: “Arlindo Marques is a member of the ProTEJO movement and has been tireless over the last few years in detailing innumerous situations of pollution of the Tejo waters. Quercus is also a member of ProTEJO.

“In many of the situations registered by Arlindo Marques there are strong suspicions that the pollution existing in the Tejo comes from Celtejo and/ or associated pulping industries.

“The responsibilities of this cellulose industry linked to the eucalyptus lobby in Tejo pollution has been made by several people, including public figures (see list cited below). Thus Quercus believes this industry could be trying to condition the constitutional right that all citizens have to express their opinions freely”.

As the NGO continues, it is “curious” to see that Celtejo hasn’t judicially challenged any political or other public figure but appears instead to be making “a scapegoat out of a simple citizen without the means to defend himself against a giant of industry”.

Mação town council has also seen the irony of the situation, voting unanimously to find “all legal, public and private mechanisms that can materially support the defence of Arlindo Consolado Marques”.

With every political parties backing the motion, the council declared that the action against Marques, who has “acted as the legitimate voice of the population of the borough of Mação and all those who are concerned with the Tejo river”, is an action “against all the citizens of Mação”.

Marques himself has told reporters that he is “saddened and shattered” by Celtejo’s legal bid, which mains he has made affirmations that damage the company’s “good name, credibility and prestige”.

The process, lodged in Santarém court on December 12, involves a 90-page document supported by images published on social networks and copies of news items with denunciations and interviews that Celtejo considers defamatory, explains Lusa, carrying a picture of some of the Tejo’s pollution around Arlindo Marques’ home region, saying “the only justification for the recent death of thousands of river in the river, close to Vila Velha de Ródão in the district of Castelo Branco lies, most probably, with the concentration of various polluting discharges and from the reduction in river flow”.

It now remains to be seen if Celtejo thinks again, and withdraws its legal action.

Quercus, for one, has appealed to the company’s “good sense” suggesting that this is not the “responsible nor the correct way to deal with the various problems that have been registered along the Tejo river in the last few years” and concluding that if Celtejo “does not withdraw its complaint against this citizen to whom we should all be grateful for the form in which he has battled for the quality of the Tejo waters, Quercus will use all means in its power to block the action”.