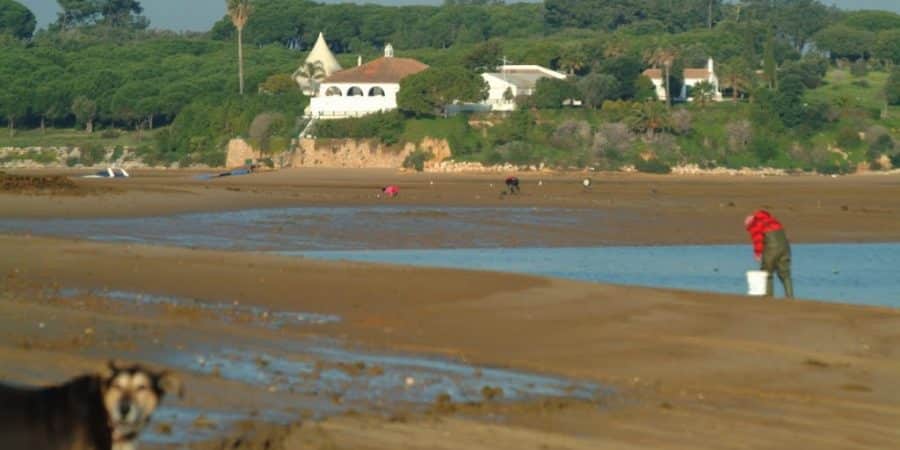 Another company, another plan – but development of some form or other now is inching closer at Quinta da Rocha, the 200-hectare waterside property on the Alvor estuary that was on everyone’s lips over a decade ago for the fact that property mogul Aprígio Santos was planning a VIP resort and private beach.

Santos’ plans turned to dust as campaigners fought an heroic environmental campaign. In fact the ‘victory’ marked a turning point in conservationists’ struggles as never before (click here).

But now Santos’ development company Butwell has morphed into Water View and has come back with a very much watered-down project recently released for ‘public consultation’.

All the relevant documents have been uploaded to online participation website Participa (click here) and there is now the period until May 8 in which those most focused on preserving this marshland environment will be able to make their comments heard.

Veteran campaigner Marcial Felgueiras of local A Rocha conservation association says the proposal “looks good at first glance”, but that the various supporting documents now have to be read carefully in case it turns out to be a ‘Trojan horse’.

For now, on paper at least, the plan involves a €6.5 million rural investment incorporating a 12-room hotel with nine ‘country houses’ offering a total of 64 beds.

As such the mayoress cannot see “any problem” with it.

The idea – a million miles from the picture of VIPs arriving by helicopter to cavort on an exclusive lagoon-side beach – is for a “rural, scenic, environmental touristic product, set within orchards of almond, citrus, olive, fig, carob and vines”.

There is also the plan to plant some oak trees, adds CM’s report – emphasising that this new attempt to get development passed does not seek any kind of use change to the estate’s protected marshland areas.

The name of Aprígio Santos is also absent from the project though we understand that his son Joel is a consultant to Water View’s directors.