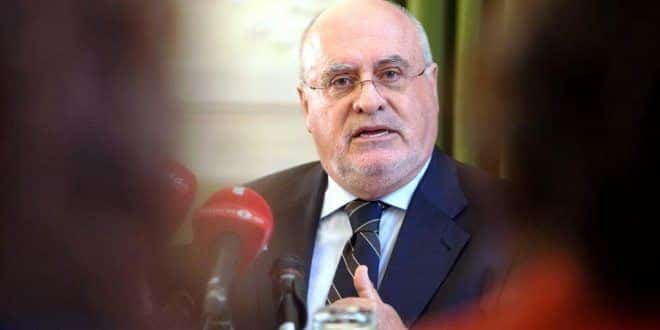 Commentary under news reports that the agriculture ministry is to create a public company to manage the nation’s forests has been overwhelmingly scathing.

Portuguese readers are agreed, this smacks of “more jobs for the boys” though the details are not yet overwhelming clear.

Agriculture minister Capoulas Santos explained the State wants “to give an example” and show that “it is possible to manage the forest in accordance with new instruments”.

The news comes as government assistance to thousands of stricken producers has still to come through.

Talking in parliament, Capoulas Santos said that 10,000 farmers have already applied for government aid, but the application process opens only on November 30.

Thus this list of 10,000 involves those who “will be the first to be contacted by services explaining how much they can apply for”.

The time and form that the government is taking to compensate businesses for the devastation of last summer’s fires has seen a movement take shape in the centre of the country, presented over social media as “AVMISP – the association of victims of the largest fire ever in Portugal”.

Powered by Luís Lagos, a cheese producer who loves his home region of Oliveira do Hospital with intensity, AVMISP says it means to ensure that nothing like the October 15 fires that destroyed so many lives and businesses can ever be allowed to happen again.

But it is an uphill struggle, and this latest news – that forestry management will be put in the hands of yet another public company – may not be regarded as the State moving in the right direction.

Luís Lagos’ main beef however is with the scales of compensation being awarded. The more businesspeople have lost in terms of value, the less they will be receiving – and this is contrary to what appears to have been settled for businesses affected by the fires in June, in Pedrógão Grande.

Posting over the weekend over social media, Lagos warned farmers particularly against accepting the little offered, on the basis that it is “better than nothing”.

“The government cannot forget that we continue to be seriously affected and will be seriously prejudiced in the looming future.

“We need to be united. Our voices, ideas and appeals must be heard.

“We want more, our futures are at risk…

“Silent, we will achieve nothing!”

The Resident hopes to accompany the work of this little-publicised group and bring regular updates on its progress.