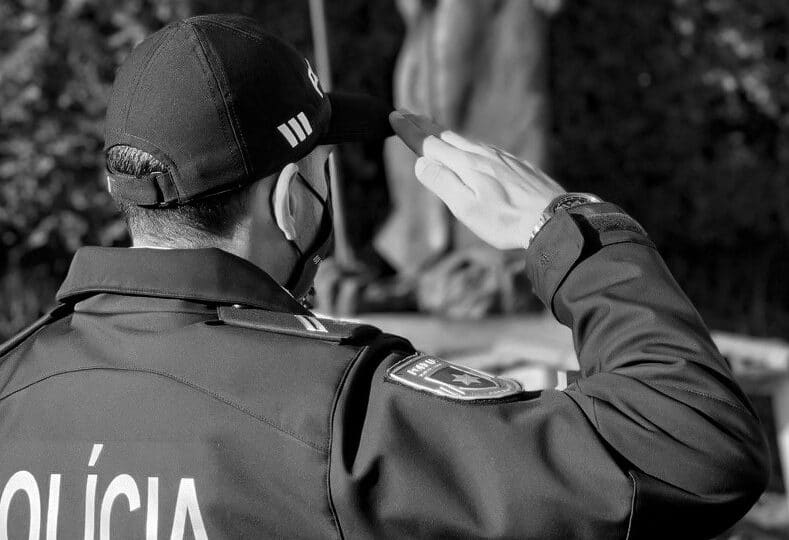 The fight for life by injured PSP agent Fábio Guerra died with him today at Lisbon’s Hospital de São José, taking the horrific incident that took place outside a Lisbon disco in the early hours of Saturday morning to a new level.

According to reports, police have already located two suspects: one said to be part of the military police, the other a Navy marine.

Making the incident somehow even worse is the fact that the “agents suspected of the aggression were preparing to leave the country to integrate a UN mission” (SIC noticias).

How can potential ‘heroes’ have been involved in a punch-up outside a disco that led to one young man dying (three other off-duty PSP agents were injured, but have since been discharged from hospital)?

The whole story is just abysmal.

26-year-old Fábio Guerra was in a coma when he died. One could assume he felt no pain in a coma, but the attack that put him there will have been hugely painful: according to reports, he was “pushed and fell to the ground, where he continued to be attacked with various kicks, while the other (PSP) agents were also trying to defend themselves against the aggressions”.

Early reports describe 10 against four; one of the injured PSP agents, being a woman.

What sparked the trouble will no doubt come clear in police investigations. Yesterday, reports simply described a “disagreement” as revellers were leaving the MOME disco in Lisbon, in the early hours of Saturday morning, and off-duty agent Guerra going to try and break it up.

A group of around 10 violent men then rounded on him and his colleagues.

Tabloid Correio da Manhã suggests in a report today that the man responsible for the main attack on Fábio Guerra is not part of the military, and comes from Sesimbra.

In other words, police know who they are looking for, they simply haven’t yet found him.

In the meantime, President Marcelo has lamented this tragedy, saying the dead young policeman “will be remembered for his selflessness, courage and dedication to the service of others and public safety”.

An entry on the PSP’s official Facebook page pays homage to Fábio Guerra with the words. “Real heroes are not those who save the world, but those who make it worth saving”.

This story will develop over the course of the day, as arrests will doubtless follow.

Even Portugal’s former vaccination czar has become ‘involved’ in that he is now in control of the Navy, and as such, as soon as he learnt of the incident, Admiral Gouveia e Melo reportedly made sure the two naval suspects were confined to base in Alfeite.

Both suspects, however, are described as being with “clear consciences” – pointing the blame on the third man being actively sought now by police.