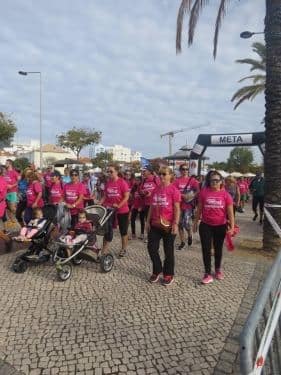 A Marktest poll has revealed that the PSD would garner 46.7% of the vote and win the forthcoming General Election.

The result would give them a comfortable majority in the Portuguese Parliament (Assembleia da República) where the Socialist PS party would see their share of the vote eroded to 24.5%.

The General Election is slated for June. Until then the present Government will continue.

Last Friday, all of the political parties represented in Parliament, the PS, PSP, PCP, Bloco Esquerda, CDS-PP and Verde, held meetings with the President of the Republic, Aníbal Cavaco Silva, who accepted the Prime Minister’s resignation last week.

Over the weekend, the ruling PS party voted unanimously to keep José Sócrates on as its General-Secretary. It means that he will fight the forthcoming General Election as leader of his party.

Both José Sócrates and the leader of the opposition, Pedro Passos Coelho, attended a high-level European Union meeting in Brussels last week where Portugal’s financial and political crisis topped the agenda.

On the table is a €75 billion EU rescue package to sustain Portugal, which now only has sufficient funding to finance the State and public sector and meet its interest obligations for two months.

The international ratings agencies reacted badly to Portugal’s current political instability with both Fitch and Standard & Poors cutting Portugal’s ratings by two points to A- and BBB respectively – three points off junk status.

The bond markets reacted accordingly on Monday by upping interest rates on Portuguese bonds to over 8% – a new unsustainable record.

At the meeting of EU ministers in Brussels, Pedro Passos Coelho reiterated that his party’s priority was to consolidate the deficit by 2% by 2013.

He told reporters that any future PSD-led government would do this by cutting expenditure and expenses rather than raising taxes but couldn’t rule out hiking VAT to 25%.

The opposition leader told German Chancellor Angela Merkel that he disagreed with her over the Stability & Growth Pact but is understood to have stated that his party is genuinely committed to finding strong solutions for the country’s problems, “without resorting to drastic external measures”.

When asked about a possible bailout from the International Monetary Fund (IMF), Pedro Passos Coelho said that Portugal didn’t need the intervention of the IMF or EU Rescue Fund while Eurogroup President, Jean-Claude Juncker confirmed that he was “happy” with the guarantees that he obtained from Passos Coelho on the matter of maintaining budgetary consolidation.

But addressing scores of PS party faithful at a Lisbon hotel over the weekend, his adversary, José Sócrates launched into a savage attack on the leader of the PSD to kick off the pre-election campaign.

The caretaker Prime Minister, who re-won the party leadership by 93 votes, accused the opposition party of “surrendering to the IMF” so that he could “apply his liberal agenda to the country”.

He accused Pedro Passos Coelho of turning political somersaults by admitting raising taxes (VAT) after his party had voted against the Stability & Growth Pact IV (PEC 4). He then slammed the PSD’s electoral programme as a “complete mess”.

With some irony he said: “I thought the PSD was making a deal with the CDS-PP party but in fact they’re making an alliance with the IMF” adding that he and his party would “fight against the IMF’s entry” and accused the PSD of having a “hidden agenda”.

He tendered his resignation to the Portuguese President Aníbal Cavaco Silva on Wednesday, March 23, shortly after 8pm.

The Socialist Party government, which won a second term of office in last year’s general election with a minority, failed to reach agreement with opposition parties for its fourth Stability & Growth Pact (PEC4).

The defeat, which amounted to a vote of no-confidence in the government, its leader and its policies, was a political defeat for the Government but a personal one for Sócrates, who has always been portrayed by his opponents, critics and the press as a character who played the victim.