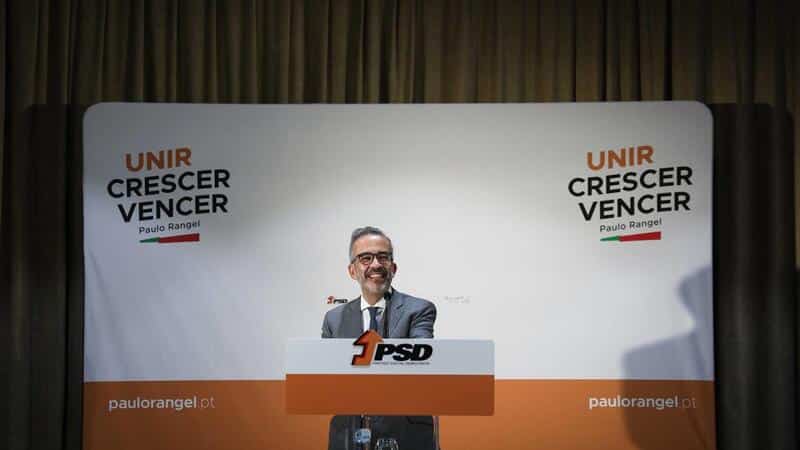 With the CDS-PP in such a stage of internal rancour that leading militants are walking away in disgust, PSD – Portugal’s main opposition force – is in much the same situation: current leader Rui Rio does not want to see leadership elections before legislative elections in the New Year but his adversary Euro MP Paulo Rangel does.

Today, Rangel’s message is that he won’t give up.

More pointedly, he says he is not prepared to see “democracy suspended” to win the elections.

To be fair, there is little likelihood of the PSD winning elections in its current state, which is very possibly Mr Rangel’s point.

“The way ahead is clear”, he has written to his party’s Permanent Commission.

“We want to lead the whole non-Socialist space. We refuse any agreements with the radical right; we cannot see a future or any viability in a Central Bloc of parties and interests. We are living in an historic moment: PSD militants have in their hands the power to, in electing their leader, choose the next prime minister of Portugal”.

Mr Rangel has some heavy-hitting supporters and these are going all out to thwart Rui Rio’s position that ‘there is no time’ for a change in party leadership before legislative elections.

In Expresso this week, columnist Henrique Raposo has thrown his hat into the ring, saying Paulo Rangel is the (only) man who would be able to ‘transform’ the swamp that seems to be consuming the centre-right, and actually lead it to victory.

For the time being, the PSD national council is due to meet on Saturday in Aveiro to “analyse the political situation and a request to bring forwards the party congress, scheduled for January”.

The ‘diretas’ or internal leadership elections are scheduled for December 4: this is the date Mr Rio is trying to see delayed until after the country goes to the polls in January (date to be confirmed later this week (most likely Thursday) by President Marcelo).

And while all this goes on, the CDS-PP’s issues are getting mired further and further in unpleasantness.

Euro MP Nuno Melo, keen to take over from current young leader Francisco Rodrigues dos Santos, has told RTP 3 that he will be going to the Constitutional Court to challenge all the decisions made at Friday’s meeting of the National Council (which delayed the party’s congress, and leadership issues, until after the elections).