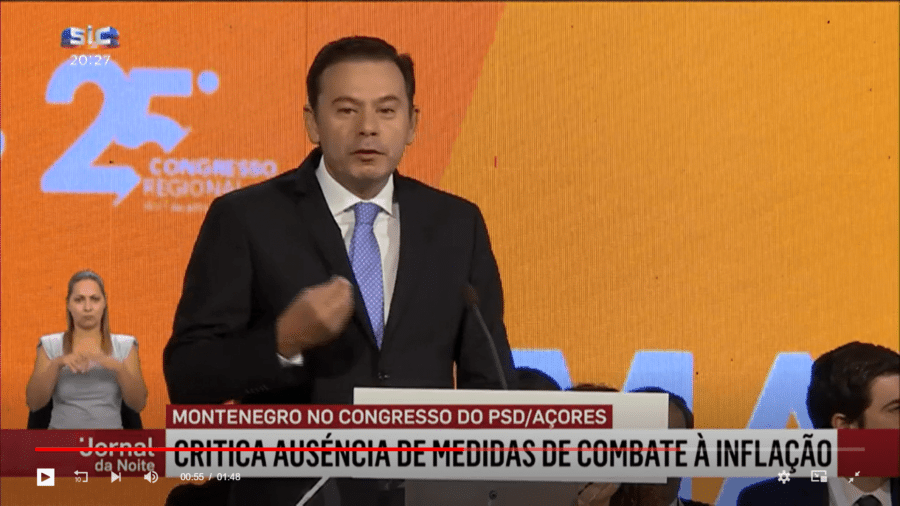 According to a recent opinion poll, Luís Montenegro, the new leader of the PSD has not yet managed to ‘capture’ people’s attentions when it comes to challenging the government. This weekend in the Azores, he spoke at the PSD’s Azores conference, accusing the government of ‘making money with inflation’ and not doing enough with regard to ‘forestry reform’. The ‘making money with inflation’ criticism is one that has been pointed out by many opponents numerous times already.