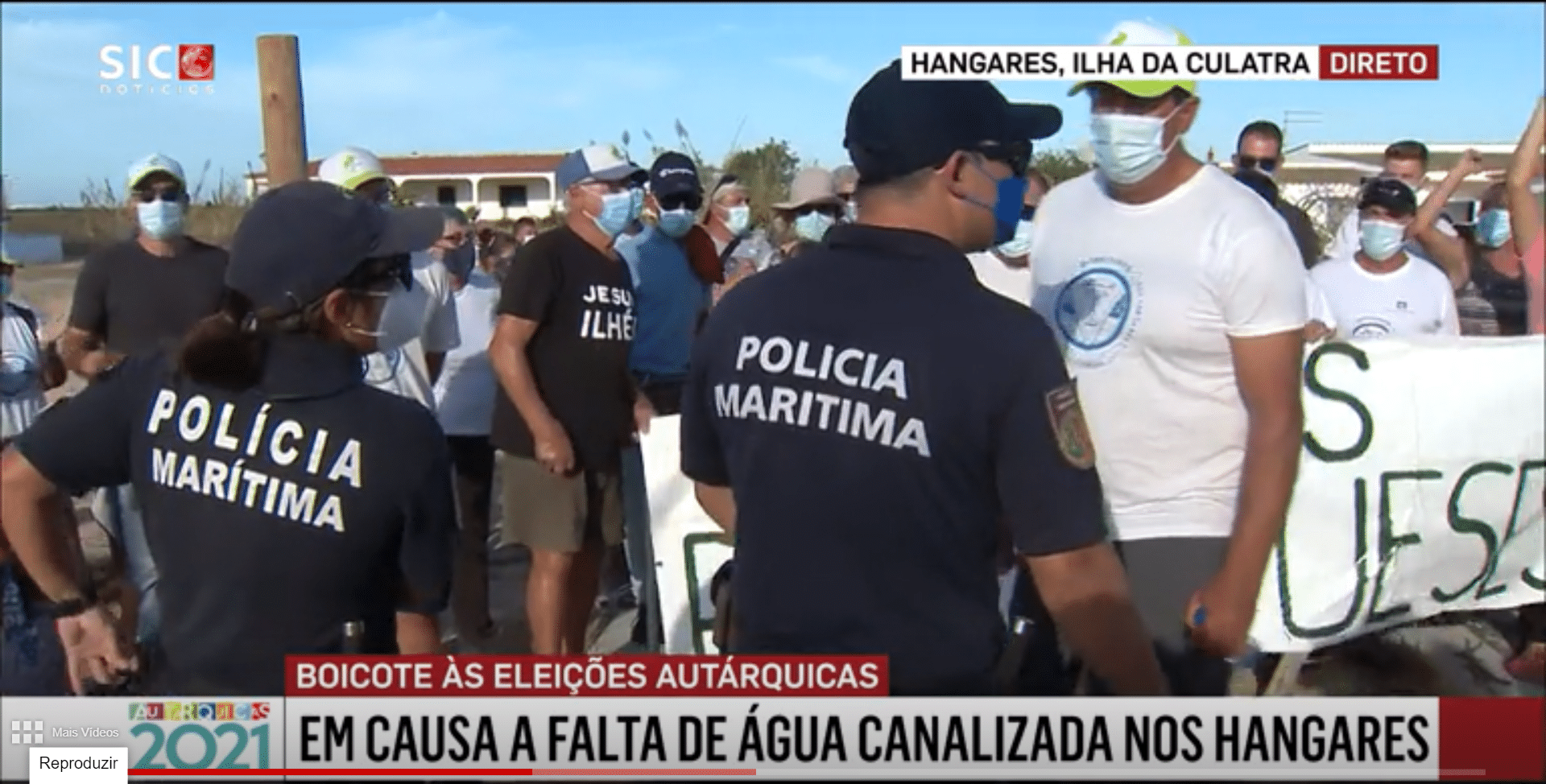 With 9.3 million people eligible to vote in the municipal elections today, one small group in the Algarve has made a stand by boycotting the whole process because their demands for the most basic of sanitary infrastructures are still being ignored.

The Ria Formosa community of Hangares (on the island of Culatra) survives without mains drainage, mains electricity or even piped fresh water.

In spite of having a pontoon close to their houses, the ferry from the mainland stops only in Culatra, or at Farol – leaving Hangares residents, invariably loaded with shopping, to trudge laboriously across the sands.

The residents’ association has been clamouring for proper conditions for the best part of 20 years. Promises, from whichever party, simply evaporate, which is why officials in charge of the voting hall at Culatra school found the gates padlocked this morning, with Hangares residents out in force, having hung  a banner on the school gates to highlight a plight that has no place in a developed country in the 21st century.

As always happens with islanders’ protests (these people have had to fight tooth-and-nail to hold on to their homes click here) Maritime Police were called, at which point the president of the community’s residents association, fisherman José Lezinho, told everyone they had none their bit and now it was time to go home.

No-one from Hangares will be voting in these elections, irrespective of the entreaty over national television last night by President Marcelo for all citizens’ to ‘do their civic duty’ and vote for what he called “Portugal’s recovery”.

“People are very disillusioned and feel abandoned”, José Lezinho explained: as a community Hangares has been boycotting elections since 2002 – always for the same reason: lack of basic infrastrures.

But Hangares doesn’t hold the monopoly on disillusion. There are communities all over the country today hoping for ‘change’, for action – for something beyond ‘more of the same’.

Diário de Notícias reports that there has never been so many parties in the contest as there are right now, eagerly awaiting the outcome of voting which remains ongoing until 8pm tonight.

Television stations will be running commentary on how results are going from then onwards, well into the small hours of Monday.

The 9.3 million people eligible to vote this year are actually less in number than were able to vote at the previous elections in 2017, but hopes are that the traditionally high rate of abstention will be lower, particularly as President Marcelo has made the point that voting today “is more important than ever”.

His message to the country last night was that voting in these elections “is a double duty of conscience: in memory of this year and a half that we will never forget; for the desire of leaving this crisis definitively and starting to live a life to which we all have a right”.