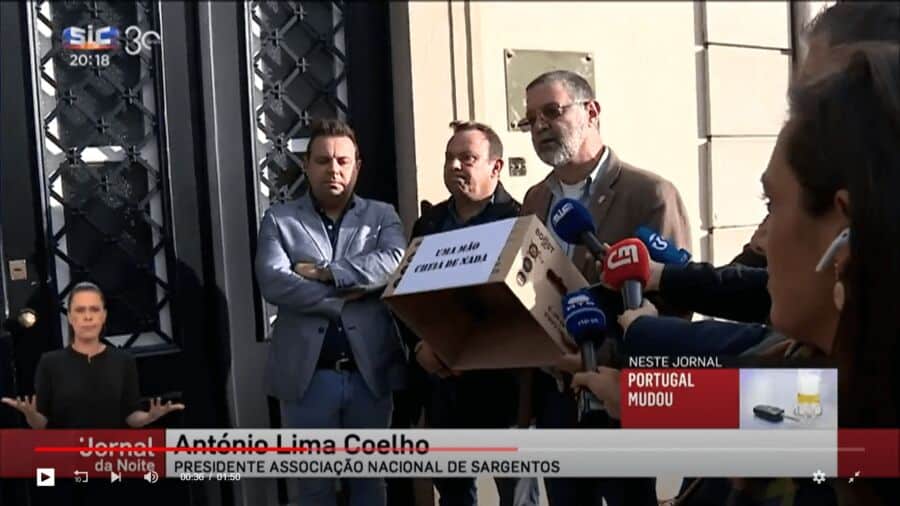 A protest involving police forces as well as military personnel marched to the doors of the prime minister’s official residence in São Bento yesterday, only to discover there was no one inside to meet them. Making a reference to ‘even a 21-year-old advisor’ who could have been tasked with this function, António Lima Coelho – president of the association of sergeants – said it looks like those in power “are playing with us”. The protest focused on proposed salary increases for 2023. A further protest, organised by the PSP, is to be held on Thursday.