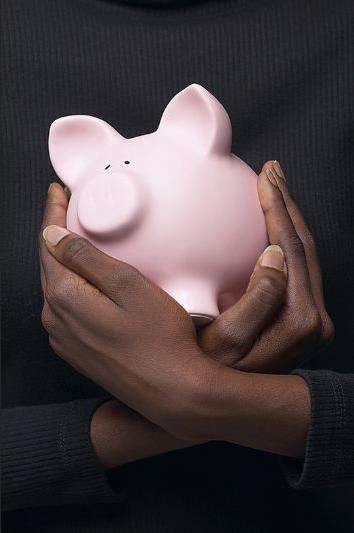 On June 29, Bernard Madoff was sentenced to 150 years in jail for his “unprecedented” 65 billion dollar fraud.

In passing the sentence, Judge Denny Chin described Madoff’s crime as “extraordinary evil” and one that “takes a staggering human toll”.  He said the sentence was “symbolic” to “deter future crimes and as retribution”.

Madoff’s investment fraud was a massive Ponzi Scheme. He promised high investment returns but never invested the capital, instead paying existing investors out of money received from new investors enticed by his reputation and investment claims.

Besides such large scale frauds, smaller ones such as ‘boiler room’ scams unfortunately go on every day.

In April, the City of London police, the leading force for fraud investigation, said that it was receiving 100 new calls a week from people who had lost sums ranging from 3,000 to one million pounds sterling. Victims of boiler room scams tend to be men in their fifties and sixties who have had experience in buying shares.

Nowadays boiler room frauds employ articulate graduates who are very convincing. The victims are told that they have an exclusive opportunity to buy shares that are about to be listed and will shoot up in price. In reality, many of these shares either do not exist or prove worthless.

Is it possible to protect yourself from fraud?

Unfortunately regulation alone does not necessarily prevent you from being caught up in a fraud like Madoff’s. Many respected and regulated financial institutions and fund managers had invested client money in his fund – though others did have their suspicions and stayed away.

What you need is an advisory firm, which will apply strict due diligence procedures before recommending any investment to their clients. It should look under the carpet, so to speak, and analyse the bare structure to ensure all is really as it seems. In Madoff’s case, there were clues which should have rung alarm bells, but which somehow some people either overlooked or had not bothered to check out.

Is there a credible auditor? Madoff’s auditor was a retired accountant who was a sole practitioner operating out of a tiny office and employing just one secretary and audit clerk. This is simply inconceivable for a fund of this size.

Is there a third party custodian holding the title deeds and checking the valuations to confirm they are correct? Madoff was his own custodian and his own broker; there was no third party to check that he was making the investments and returns he claimed he was.

The claimed investment returns were also literally too good to be true. It is not so much that they were consistently so high, but that it was impossible to make such returns from what he said he was doing.

My firm will always look into how the returns will be generated and if we cannot understand how it is possible to achieve the claimed returns we will not recommend the investment to our clients.

If it sounds too good to be true…

At the risk of sounding clichéd, if an investment sounds too good to be true, it probably is. Ask yourself how it can possibly produce much higher returns than its peers – there has to be a catch. The higher the promised returns, the higher the risk. It is not possible to generate high returns from something that is low risk.

Don’t put all your eggs in one basket

Spreading your money across various ‘regulated’ funds and assets helps to lower investment risk in general through diversification, not only fraud risk.

While diversification helps to reduce risk, you should also diversify your capital across assets, companies, countries, currencies and so on.  Besides fraud risk, you need to take steps to protect your capital from market risk, inflation risk, interest-rate risk, currency risk and so on. Your financial planning should be set up to take all these issues into account and designed to meet your personal investment objectives.

Don’t rely on one manager

While the manager may not purposely defraud you, he may become more careless with your money. It is also a fact that many of today’s top managers don’t remain top managers forever; in time they do tend to slip down the performance tables. It is possible that a manager was so successful because he took a high risk approach that worked well under certain conditions but could backfire under others.

You can diversify over managers to lower this risk. Either buy a few different funds managed by different teams or invest in multi manager funds where a range of managers, employing different styles, will manage the same fund.

While this does not necessarily insulate you from fraud, you will still want to take any possible steps to protect your money, including from institutional failure.

Investor protection varies across countries, the type of financial institution and the type of investment.  In Europe, if you invest via a Luxembourg insurance bond, you will be covered by a very high level of protection.

Most of all, remember this is your hard earned money.  However tempting an investment opportunity sounds, or however much you need to ‘make a quick buck’, don’t hand over your money until you are satisfied with both the adviser and the investment company being recommended and you are confident you have taken all the possible steps to protect your money.  Always seek advice from an authorised and experienced adviser like Blevins Franks Financial Management.