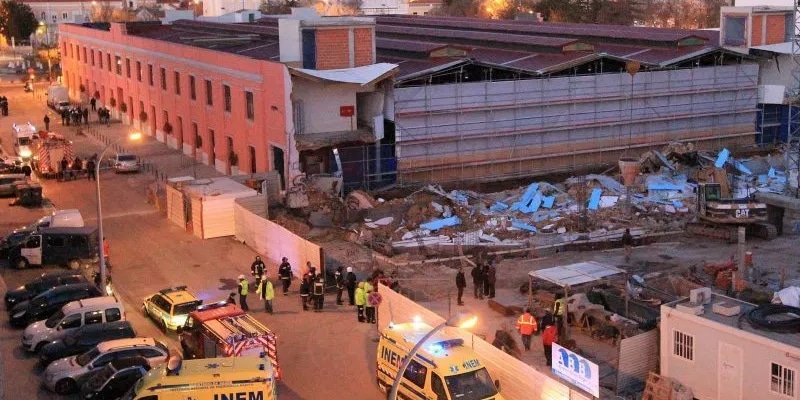 Public Ministry prosecutors are not accepting the verdict that no one was to blame for the horrific “Mercado do Livramento” work accident in Setúbal that killed five men over seven years ago.

Last month, judges ruled that the defendants cited who remain alive are free of any blame (click here).

But this week, prosecutors have shown they disagree.

Says local paper Diário de Região, they are “not satisfied with the reasoning used by the judges to acquit the defendants” and have now asked the judges of Évora Court of Appeal to annul the judgement and “demand a better foundation”.

“Ultimately, the public ministry wants Setúbal court to change its decision of acquittal to one of conviction for crimes of aggravated violation of the rules of construction”.

This can only bring hope for the families of the dead men who have been waiting for justice since 2012 and had been pinning their hopes on guilty verdicts in the first instance.

Recalls Diário de Região, it was 9 am on the morning of February 7 2012 when Davide de Silva received orders to start excavations along the south side of the market. At 5.30on when he had excavated between 25 to 30 metres along the wall to depths of between 1.1 – 2.5 metres, it collapsed. The five workers who were in the vicinity executing works of shuttering, and filling pillars with concrete, were buried and died immediately”.