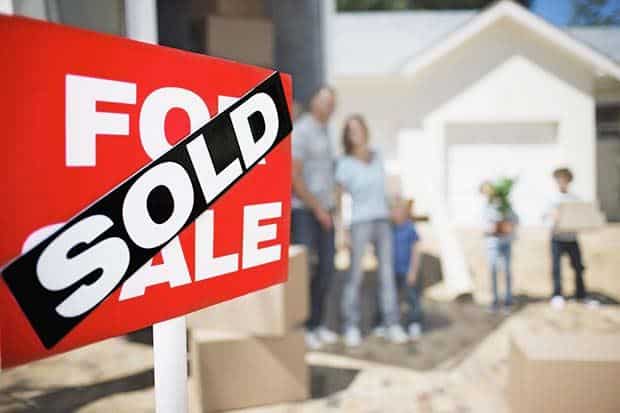 First the good news – and it’s brilliant: 2017 is set to see property sales in Portugal hit the proverbial glass ceiling. Agents are predicting increases in the region of 30% and cite as many as 80,000 properties having changed hands between January and end June.

The ‘not-so-good news’ is the fact that money-laundering, for all the new laws in place, still appears to be alive and spinning.

But first to the good news, Diário de Notícias reports that “a large part” of the increased property sales have gone to ‘cash-buyers’ who have decided their money is “much safer in bricks and mortar than in bank bonds and deposits”.

‘Alojamento Local’ – the regime devised for holiday rentals – is described as one of the principal reasons for the increase in house and apartment sales.

Again, little reference is made to the number of properties believed to be rented out without official Alojamento Local registration.

The picture is simply presented as another positive consequence of Portugal’s brave new ‘renaissance’ from Europe’s impoverished barefoot cousin to up-and-coming, hair-slicked back-entrepreneur-ready-for-anything-and-everything.

As the Ministers of the Sea and Foreign Affairs meet UN officials behind closed doors to discuss widening Portugal’s ‘continental platform’ by no less than 3.9 million sq kms (see story on pages 2 & 3), elsewhere we’re told the economy is continuing to grow – most recently by 2.8% on the same period last year.

Taken on face value, and with the heartening news that hotel operators and entrepreneurs are investing in Portugal in ever increasing numbers, this is one of the best news stories of the week.

But the fight to stamp-out illegal holiday rentals continues apace.

Talking to Público, Eduardo Miranda, president of AL association ALEP, has said he feels the problems posed in the past by key centres of Lisbon and Porto are all but sorted.

Illegal rentals are now very much a ‘residual’ part of the sector, he said.

But the Algarve is a very different kettle of fish.

Again, the Resident has been made aware of skullduggery under the wire.

A tech source has told us how web designers create holiday rental sites that “cannot be accessed from Portugal”.

The idea is to ensure that ‘illegal’ (for that read: unregistered, non-tax paying) businesses are not flagged by government sleuths trolling habitual platforms like Airbnb, Holiday Rentals et al.

Miranda does not discuss this particular problem with Público, but agrees the Algarve is where challenges are “the largest” as the AL regime doesn’t actually suit the market.

“Obligations and fiscal risks” are disproportionate to the dimension of short-term height-of-summer lets, he said, and so people continue to dodge the authorities, pocketing ‘profits’ and hoping for the best.

Says Miranda, if AL rules could embrace the Algarve’s seasonality, then Portugal could become one of Europe’s first, “if not the first”, country where all holiday home lettings were completely legal and above board.

“At least three cases of money-laundering identified in Algarve”

Meanwhile, The Resident was alerted to what could be termed the underbelly to some of this ‘good property sales’ news: a web of intrigue that appears to take in Paris, Milan and Barcelona – and a number of ‘cash-buyers’ who are certainly not ‘honest Johns’ deciding to invest life-savings in a home-from-home or nest-egg holiday rental project that will see them dutifully paying the government yet more taxes.

Just in the Algarve we have been made aware of three companies approached by major-league cash-buyers: we’re talking people who want to hand over more than a million euros in cash, no questions asked.

As our source explained: “This must be huge. The three instances I am aware of all happened to close friends. This is not the kind of thing you would talk about with just anybody.”

“In one case, the buyer offered over a million for a property he hadn’t even seen.

“He approached the agent suggesting they fly to Paris to collect the money.

“The agent refused – as anyone in that position should do by law. But I know that some agents are willing to deal with these kind of people”.

As our source insisted, this Algarve ‘story’ is inevitably the “tip of the iceberg”.

“I have no doubt at all that other agents will have been approached,” he told us, citing a case where a restaurateur was offered a “considerable sum” in cash for his business, if he was prepared to fly to Milan to pick the money up in readies.

The restaurant owner was not prepared to do the deal, said our source – adding that in the area where he operates he has heard of another cash-buyer who turned up at a property for sale “with €2 million in a suitcase”.

Bizarrely, this particular punter had an estate agent in tow – hence our source’s belief that in spite of legal restrictions, money-laundering is very much alive and well in southern Portugal.