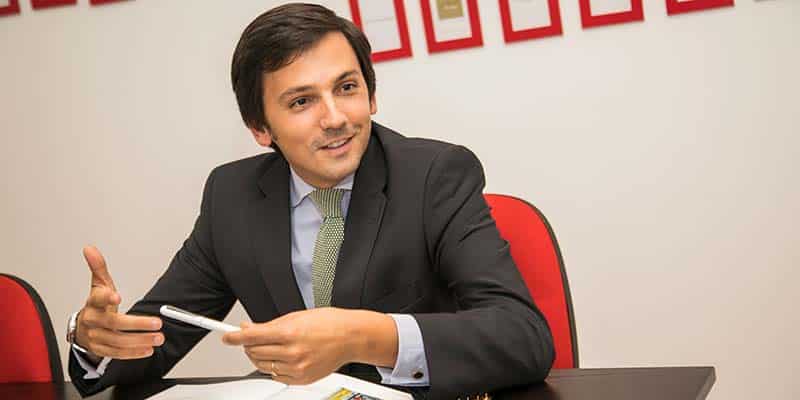 The Portuguese association of real estate investors and developers has fundamentally disagreed that there are signs of a slowdown in the Portuguese investment market from British citizens worried about Brexit.

The slowdown and “wait-and-see” reaction from potential UK buyers were reported in the Portuguese press in an interview given recently by the CEO of the Portuguese Chamber of Commerce in the United Kingdom, Christina Hippisley.

However, Hugo Santos Ferreira, Executive Vice-President of APPII – Associação Portuguesa dos Promotores e Investidores Imobiliários, says that his organisation has seen a “clear and growing flow of new investors from the United Kingdom since the recent approval of the new regime of REITS (real estate investment trusts).

“In truth, there were many international companies and funds that were prepared to enter the Portuguese market, but that only invest in specific investment vehicle models that they know and feel comfortable with, as is the case with REITS. And with the recent approval (of the REITS regime in the Portuguese parliament), this was the sign that our country gave to companies from the United Kingdom,” he told Diário Imobiliário.

Christina Hippisley was reported as saying that at its well-attended and successful ‘Move to Portugal’ seminars, organised by the Portuguese Chamber of Commerce in the UK, while interest from retirees and UK citizens has remained stable, potential home buyers were adopting a wait-and-see policy to the outcome of Brexit before committing.

But she was clearly not referring to developers and big-time investors; rather individual UK citizens, many of them retired or about to retire, some of them young professionals looking for the quality of lifestyle, fine food and weather that Portugal and its hospitable people offer overseas citizens seeking to make the country their first or second home.

Hugo Santos Ferreira said that half-way through 2018 there had been a new wave of top-level real estate investors and developers from the UK.

“At the APPII, we’ve had weekly meetings with all these real estate players who have shown a lot of interest in coming and investing and developing their activities in Portugal,” he says.

Santos Ferreira adds: “I would say that these players are a part of the top drawer of English developers and investors, as well as listed companies that are more focused on income-driven assets and the commercial sector such as offices, retail and hotels as well as actual real estate developers focusing on large-scale residential property, including homes.”

According to an extensive interview in Diário Imobiliário on February 17, Christina Hippisley was reported as suggesting that once details over Brexit had been clarified and uncertainties cleared up as to the form it would take, “I believe that the traditional buyers of homes in Portugal will return to the market”, but admitted that the Chamber has seen “some slowdown at present in the decision to buy”; in other words a pause.