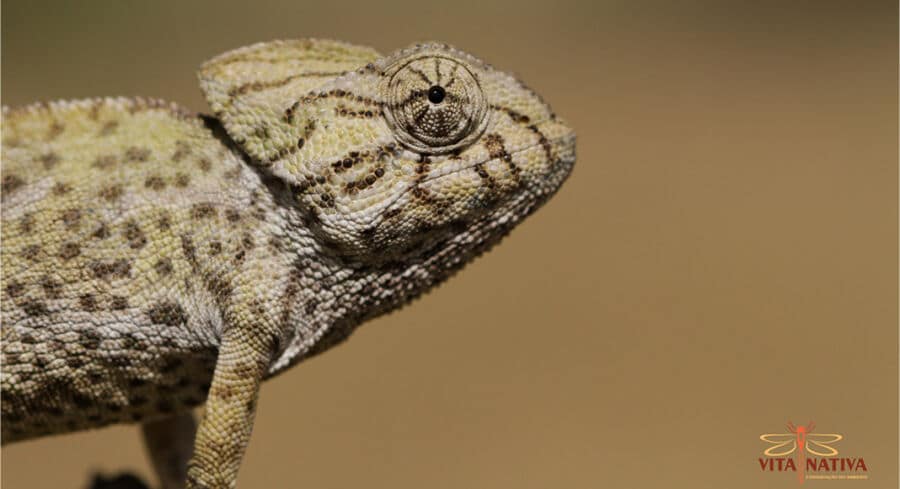 A project to save the common chameleon from extinction in the Algarve is due to start moving forward soon with the construction of a Centre for the Recovery and Investigation of the Algarve Chameleon in Quinta de Marim, Olhão.

The centre is the cornerstone of the winning pitch of Portugal’s 2019 Orçamento Participativo Jovem (Young People’s Budget) which is now being developed by Associação Vita Nativa.

According to the association, the Algarve’s coast is the only area where common chameleons are found in Portugal.

The centre will be set up at an existing building at Quinta de Marim and will feature a “permanent exhibition about the biology and ecology of the common chameleon (Chamaeleo chamaeleon),” the project’s coordinator Fábia Azevedo told national news agency Lusa.

Apart from receiving visitors to the Ria Formosa Natural Park, the centre will also be the starting point of an “environmental education plan for schools”, which will encourage local students to study the species.

It will also work in tandem with the nearby wildlife rehabilitation centre RIAS to “improve conditions for the treatment of injured chameleons, namely through the creation of a terrarium”.

Several awareness campaigns are also in the pipeline in a bid to “reduce the threats” facing chameleons, which are often victims of illegal capture, attacked by pet animals and hit by cars. Their habitats are also frequently threatened, the association stresses.

Vita Nativa also wants locals to get involved in the project and will be raising awareness “at some beaches this summer” and placing signs with details on how people can collaborate.

“Anyone who finds a chameleon can sends us their report with the location, date, a photo and some information about its state and the tree it was spotted on. This data will allow us to have a global perspective about the distribution of this species in the Algarve, as the studies we have are not recent,” the biologist explained.

The project has a long list of partners, including the regional delegation of the Portuguese Institute of Sports and Youth, the councils of Loulé, Faro, Tavira, Castro Marim and Vila Real de Santo António, the University of the Algarve and the Institute of Nature and Forest Conservation.