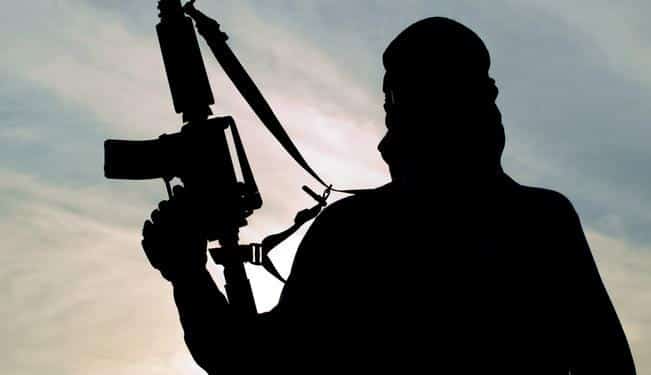 Ahead of tonight’s (September 12) CMTV exposé on one of Portugal’s 12 ‘Jihadi Joes’ fighting with Islamist terrorists in Syria, a profile on a regular 22-year-old who left home in Mem Martins, Sintra, last year makes for worrying reading.
Architecture student Fábio Ricardo Poças is described as a talented footballer, “a jewel”.
Nothing seems to have prepared his family for his conversion to Islam and move to fight in both Syria and Iraq.
According to a newspaper investigation, Fábio is one of 12 Portuguese whose movements are being carefully monitored by security authorities.
As Foreign Affairs Minister Rui Machete told Antena 1 yesterday, Portugal’s problem is very small when compared to other European countries.
“We don’t have a serious situation, as there are only 11-12 Portuguese, all of them born outside the country – that have affiliated themselves with this organisation (ISIS).”
Nonetheless, for Fábio’s mother, Fátima, the shame is so great, the mother of four has left the country.
“I can’t sleep. I spend the nights restlessly looking for answers,” she told Correio da Manhã.
Her son is reported to have changed his name to Abdu Rahman, and only communicate now in English.
For months, Fátima and her other three children, feared the worst. Then they saw their brother commenting on an Islamic Facebook page.
“Iraq was a good experience,” was his last post on the page.
Despite the family’s efforts, Fábio is staying out of contact – and his mother stresses she is worried that if she tries too hard it could make Fábio’s life within the sect difficult.
While Prime Minister Pedro Passos Coelho has said that the Portuguese authorities are monitoring the activities of young passport holders active within ISIS, Rui Machete told Antena 1 that it is a very delicate situation.
“These terrorists could come back to their home countries because they regret what they have done, or they could come back with the enthusiasm to practice acts of terrorism.”
Thus the ongoing debate on what to do if and when passport holders present themselves at their home country’s borders.
“Any return home of these young people is a real threat to internal security,” writes CM.
In the meantime, the problem of Islamic websites recruiting young Europeans via the Internet continues, with the majority seduced from countries like the UK, The Netherlands and France, reports CM.