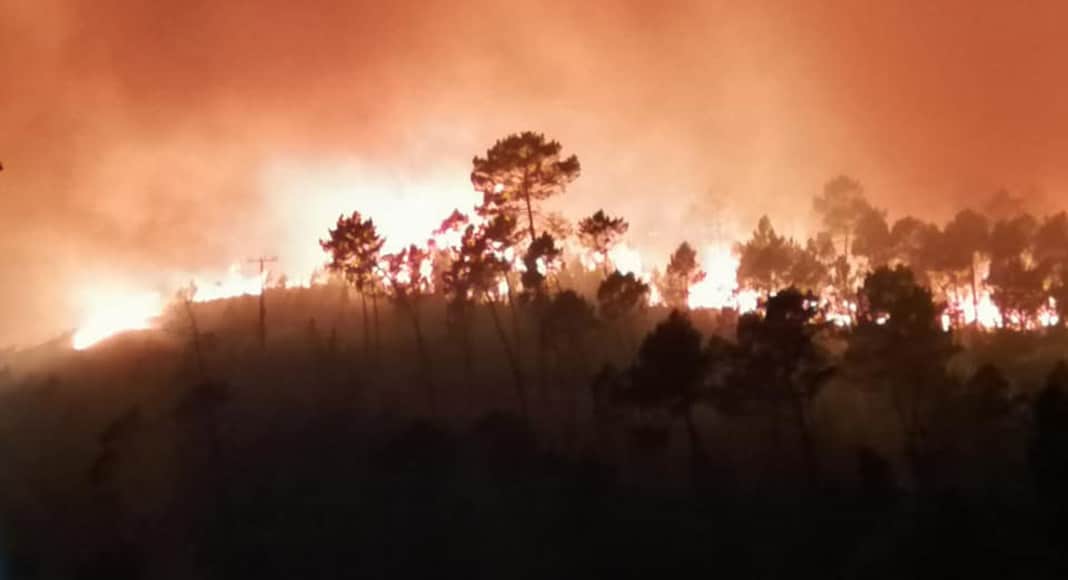 This year’s ‘largest wildfire’ straddling three boroughs in the north has finally been dominated after almost three days of intense firefighting.

At its worst, the blaze that began in Proença-a-Nova on Sunday afternoon, rapidly spreading to Oleiros and into Castelo Branco was being tackled by over 1,000 firefighters, 16 water-bombing planes and helicopters and over 300 appliances.

Mercifully, threatened communities and villages escaped major harm, though the schools in Oleiros have taken the decision to delay the start of the new academic year till next Monday.

With what became over 60 kms of blaze now ‘under control’, the next concern is to keep things that way and prevent reignitions in all areas where the flames are out.

This is where the approaching autumn is expected to help. Rain is forecast in the area for the latter part of the week, along with falling temperatures.

With luck – and a lot of boots on the ground watching for hotspots – this fire will be deemed well and truly ‘out’ by Friday.

Indeed there was a point yesterday where firefighting command said the blaze was already 90% dominated. Within hours however, the wind had whipped up and flames were back with a vengeance.

A total of 22 people were reported to have received injuries, 11 of which had to be treated in hospital.

But over the course of the day, with the help of reinforcements, the situation once more became easier to control – and this morning at 9am the wildfire that has consumed around 20,000 hectares of forest was finally proclaimed as ‘dominated’.