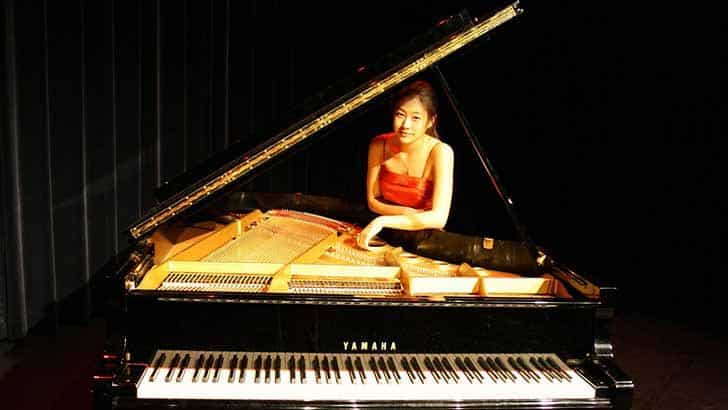 A classical music concert with Dutch pianist Gile Bae will take place at Quintinha da Música, near Tavira, on Sunday, January 31 at 4pm.

The musician will be playing music by Couperin, Schumann, Chopin, and Brahms.

Gile Bae began piano lessons with Roderigo Robles de Medina at the age of five. At the Royal Conservatory in the Hague, she completed her young talent class lessons with Marlies van Gent. In September 2010, Gile was admitted to Incontri col Maestro di Imola at the Accademia Pianistica Internazionale. Gile has also attended master classes with innumerable maestros.

In 2010, she took first prize at Haarlem and second prize at the national finals of the Princess Christina competition. In October 2010, she again won the first prize in her age category in the competition for young Netherlands musical talent, and qualified as a finalist.
At the age of six, Gile performed Haydn’s Concerto in C, and with the Camerata Amsterdam she performed Mozart’s piano concerto K.246, and with the Athenaeum Chamber Orchestra in November 2009 she played Mozart’s piano concerto K.414. In April 2010 she performed Grieg’s piano concerto with the Youth Orchestra.

She has given many concerts in the Small Hall of the Concertgebouw in Amsterdam, and others in the Diligentia Theatre for the Council of State, the Lucent Danstheather and the Anton Philipszaal.

Tickets cost €20. For more information and to reserve, contact lynnebooker@sapo.pt