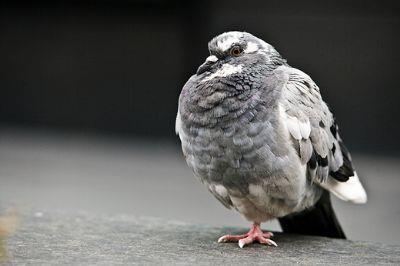 Inmates in Brazilian prisons have turned to carrier pigeons as a means to communicate with the outside world and smuggle items inside such as drugs and mobile telephones.

Prison guards have intercepted two carrier pigeons carrying mobile telephones to detainees at a prison in Sorocaba, around 100 kilometres from São Paulo.

Rosana Alberto, a prison spokeswoman, said: “Penitentiary agents found the pigeons outside the Danilo Pinheiro prison but, fortunately, the birds did not have time to enter the prison building with the material.”

She added that each pigeon was carrying a small bag containing a mobile phone and charger, and were caught on two successive days.

Some criminal organisations in Rio de Janeiro or São Paulo are well established in the prisons and have extensive supply networks.

According to the police, accomplices such as lawyers and corrupt prison guards are used to smuggle in drugs, weapons and phones to the detainees.
3″>features