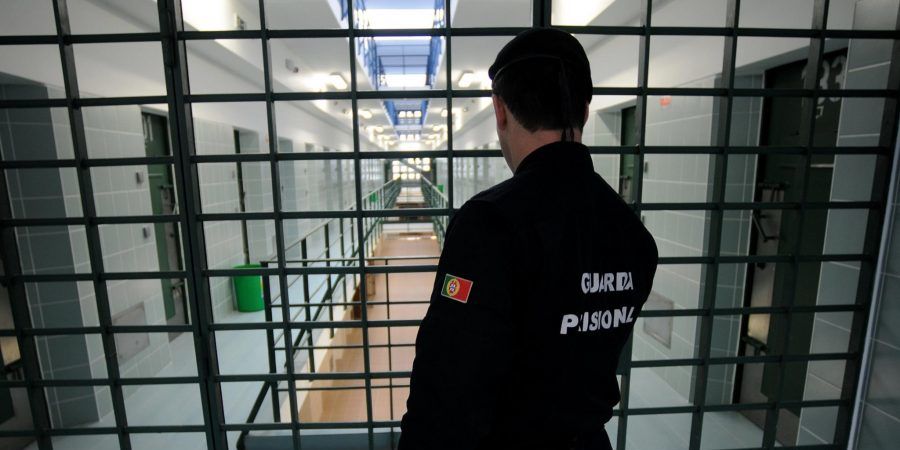 The ongoing work-to-rule by prison guards is turning the country’s jails into powerkegs.

Who says this are the guards themselves, locked in dispute with the government like so many other public sector workers over ‘frozen’ conditions in which salaries and career advancement have stagnated.

The net result of industrial action scheduled to the middle of this month is reduction of ‘perks’ for prison inmates.

Visiting times have been reduced (as guards cut back on rotas), phone calls put-off limits (to reduce guard service) and, according to tabloid Correio da Manhã, inmates’ access to prison bars and prescribed medication is also being cut.

Justice minister Francisca van Dunem has spoken out against “hitting those who are already in jail”, saying it is “not the best form of action”, but the situation in jails in Lisbon, Porto and Covilhã reached boiling point this week.

On Tuesday around 190 inmates in Lisbon set light to rubbish bins and mattresses, furious to hear that visiting times the following day had been arbitrarily cancelled.

Then on Wednesday, 400 prisoners at Custóias jail held what they called a ‘peaceful protest’, again over lack of ability to receive visits, involving a refusal to go to lunch, while 200 in Santa Cruz do Bispo did the same over dinner.

In at least one of the incidents, ‘rubber bullets were used’, writes CM, while SIC television news suggests families are outraged that they cannot get access or take in specially cooked food.

Prison guards told journalists that they have “reached their limits”, but support for the way they are showing this is thin on the ground.

Vítor Ilharco, secretary-general of the prisoner support association, says guards should be using “other legal methods” to show their feelings.

Celso Manata, the director of prisons, has stressed that however upset prisoners may be, there is no reason to “break things, burn mattresses and disobey the authorities”.

Nonetheless, the feeling this week is grim, with crowds of would-be visitors standing outside jails as the light fades to evening, all of them trying to find out why they cannot see their loved-ones as expected.