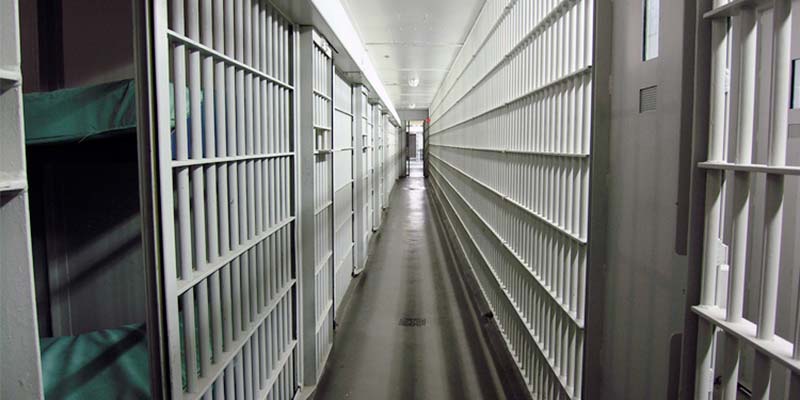 If it was the description of a raid on a jail in south America it might be fairly standard, but this was a raid on a prison establishment in Portugal – a compound that catapulted into the headlines last weekend when clips of a party inside were uploaded onto social media.

The images seemed to be showing that life in the ‘Estabelecimento Prisional de Paços de Ferreira’ is, all in all, pretty relaxed.

“Not a guard in sight!” screamed the headlines – and absolutely, there appeared to be no control of the ribald shenanigans whatsoever.

But as the saying goes all that appears now to be “a thing of the past”.

Over 100 prison guard ‘special forces’ flanked by police dogs moved into the jail last night (Thursday), and by 5.30am this morning they had swept through the place like a veritable scourge.

The list of items ‘apprehended’ runs from 79 cellphones, 45 packs of cigarettes, 20 ampoules of anabolic steroids, 98 grams of hashish, one gram of cocaine, 20 grams of heroin, eight syringes to digital scales for weighing drugs, two pairs of ‘fighting gloves’, “hundreds of pills”, a passport, two buckets of fermented fruit … and an artesanal still – the kind sold in Monchique, for example, and used to make ‘medronho’ fire water.

Without doubt, the ‘haul’ carries the whiff of ‘one hell of a party’, though prison authorities are remaining deadpan.

“This action would have taken place without any incidents (like wild parties) having occurred”, said a statement released to the press.

The prisoners in whose possession the prohibited items were found will now all be “subject to the disciplinary and / or criminal procedure provided by law”.

It’s unclear whether more guards will be drafted in in future, but the message does seem to be “the party’s over”.