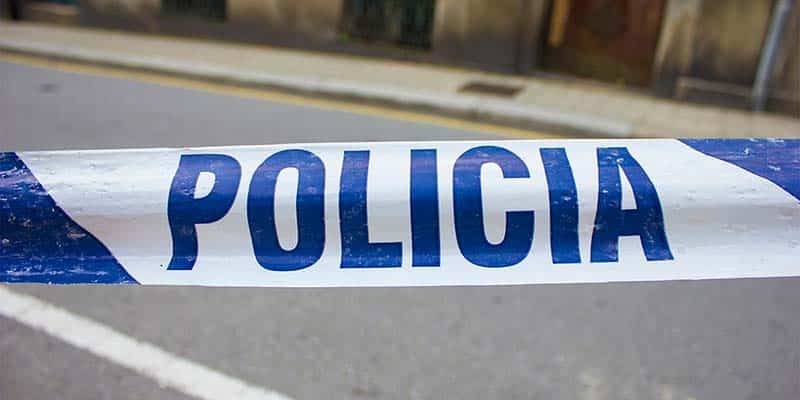 A 45-year-old PSP agent was killed last night in Évora after going to the aid of a woman reportedly being attacked by her partner in the street.

Father-of-two António José Pinto Doce was run over by a car and dragged at least 40 metres after he tried to stop the woman’s attacker from getting away, say reports.

The attacker however did get away and was only caught hours later near Sintra (outside Lisbon) thanks to an all-points alert sent out to police forces by the PSP’s centre for strategic command and control.

Says Rádio Renascença, the suspect is a prison guard at Sintra jail, aged 52.

He was arrested at 3.50 this morning – many hours after the incident in Évora, which happened just before 10pm.

SINAPOL, the national police syndicate, has written on its Facebook page that there is no doubt agent that agent Pinto Doce was run over intentionally.

He was off-duty in Évora when he witnessed a man “dragging a woman along the road, making her get into a car”, writes Observador online.

He went to the woman’s aid at which point the attacker must have got behind the wheel. When the PSP agent tried to stop him getting away, he was run over and dragged along the road in an area of Rossio de São Brás.

It is unclear from reports whether the woman was ‘rescued’ from the car before agent Pinto Doce was run over, or whether she remained inside.

The injured policeman was rushed to hospital, but died of his injuries in the early hours of this morning.

Minister for Interior Administration Eduardo Cabrita has lamented “this tragic moment”, sending his condolences to the victim’s family, friends and “all police of the PSP who selflessly fulfill their mission every day”.

The case is now in the hands of PJ police, while the suspect remains in police custody.