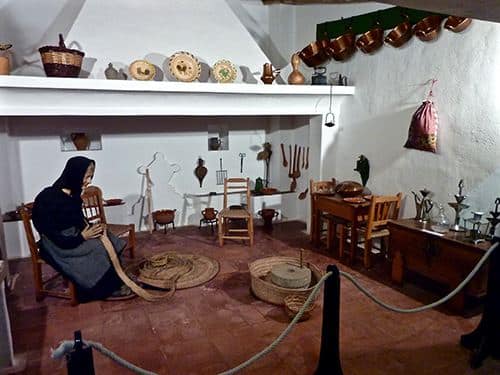 In My View by CHRIS GRAEME

I actually quite like Prince Charles and I must be among the few people I know who think he’d make a good king and shouldn’t abdicate in favour of Prince William.

I get tired of the press in the United Kingdom that so often lampoons him and his green ideas.

It seems his environmental consciousness and green sensibilities, which, by the way he was trumpeting before the rest of us realised we were poisoning the planet, were spot on.

And so what if he isn’t handsome and glamorous like some Prince Rainier of Monaco?

And what’s the problem if his wife isn’t a fairytale princess like Diana, a clothes horse who looks good in the tabloids and glossies?

There is something to be said, after the madness and media frenzies that surrounded Diana and Fergie, for a quieter, understated monarchy – a monarchy that quietly goes about its business supporting charities, opening public buildings and drumming up trade and investment behind the scenes for British companies.

Following his successful two-day visit to Portugal at the end of last month, I imagine many in the British community who actually did get to meet him would share this opinion.

The feedback was of an attentive listener, who took the time to provide a word of encouragement and show genuine interest to each and every person with whom he spoke.

I saw it for myself at the UK Trade & Investment Awards at the British Ambassador’s residence. The Prince never once looked bored, always smiling and attentive and spending time to talk with each invited guest.

With a clear and penetrating gaze, he has the gift of conveying that you are the only and most important person at that event he wants to talk to.

No doubt a trick he picked up from his grandmother, the late Queen Mother.

And so what if Charles’ marriage to Camilla broke every rule in the Windsor handbook by marrying a divorced woman who is descended from one of Edward VII’s mistresses, Alice Keppel?

She doesn’t try and upstage her husband, she has a quiet, dignified manner about her and I suspect she’ll make an exceedingly good Princess Consort when the time comes.

I believe, like his great-great grandfather, Charles will end up making an excellent king and heaven knows he’s had long enough to rehearse it, make his mistakes and work out a winning formula.

He’ll go about his business as a patron of good causes, supporting green initiatives and companies, opening bridges and civic buildings, attending galas, trade fairs and foreign banquets and generally forming the unpartisan, un-political voice of continuity and common sense that his mother has so successfully done.

That’s a gift that quite frankly the Portuguese could have thought about in April 1974 and becomes even more pertinent given the current political squabbles embroiling this country in which the clearly party political led President seemed incapable of lifting a finger to help bring the warring factions together.

And before the Republicans start to shift uncomfortably in their seats at reading this, let’s examine, for the record, what Prince Charles actually does for our country.

His most outstanding legacy will be the Prince’s Trust and Prince’s Charities which annually raise £110 million and encourage opportunity, enterprise, education, health, the arts and responsible and sustainable business.

The Prince’s Trust helps disadvantaged young people into employment and has proved so successful in its methods that both Labour and Conservative governments have applauded it and studied its methods.

And finally, it seems obvious that the Royal Family in Britain is once again reinventing itself to keep pace with the times, on the one hand looking back to the more sober mystique of monarchy represented by Elizabeth II and on the other proving surprisingly adept at reading the mood and spirit of the nation and modernising accordingly. And that can’t be a bad thing.