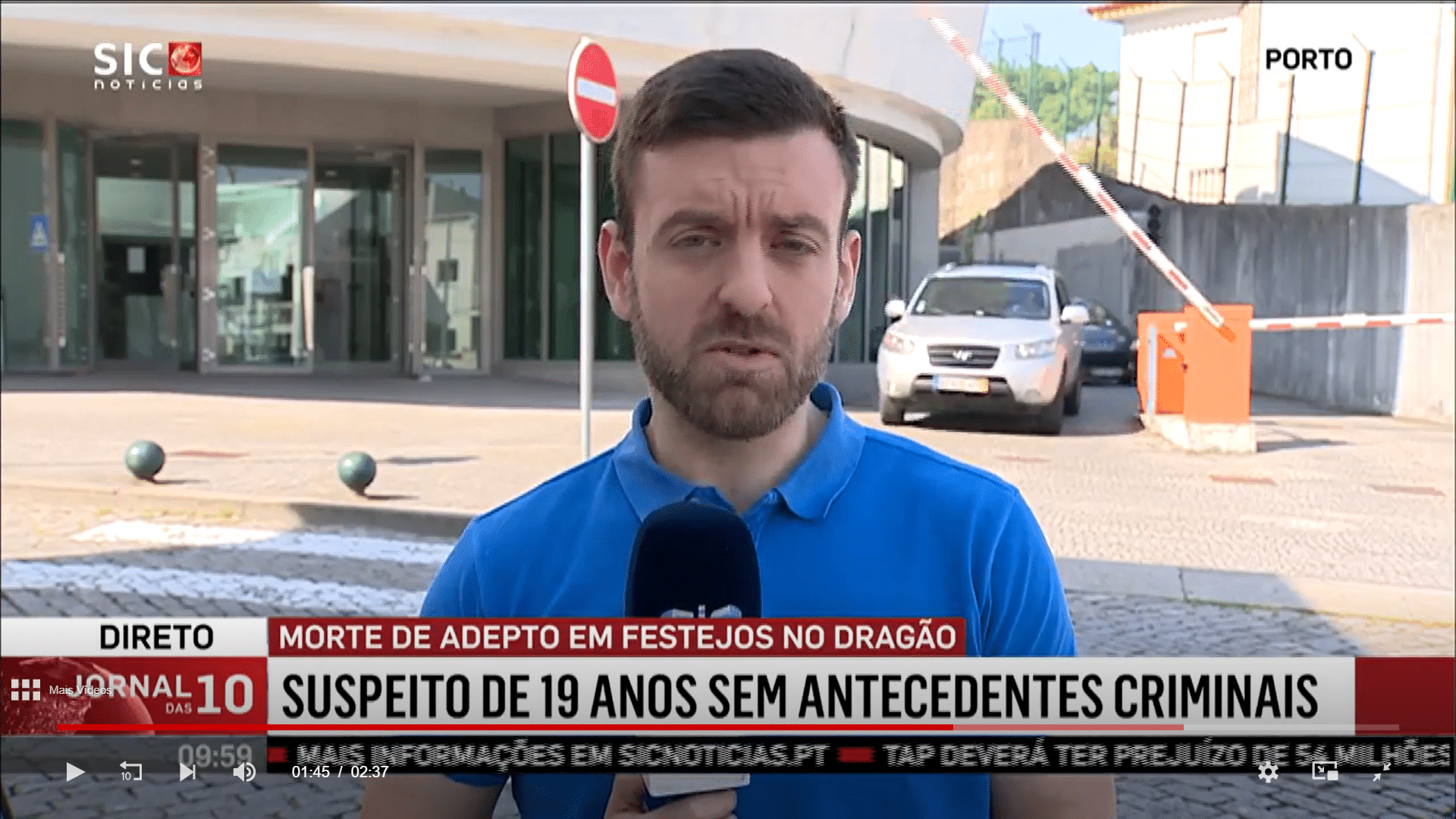 A 19-year-old man suspected of being one of the prime movers in last weekend’s murder during celebrations of FC Porto’s national football league championship title is behind bars awaiting an initial ‘interrogation’.

PJ police arrested the young man last night, issuing a statement in which it is clear that further arrests will follow.

The youth is understood to be the son of former footballer Marco ‘Orelhas’ (nickname), albeit the PJ statement does not mention his name.

The short text refers to the violent stabbing of Igor Silva having taken place “in retaliation for a succession of aggressions that, since January this year, had occurred between the suspect, his family members and the victim”.

It also alludes to “the context of enormous confusion in which the facts occurred, and the existence of diverse information incorrectly transmitted”. This is thought to be the reason why the young man is unlikely to be brought before a magistrate to decide on bail terms (or otherwise) later today.

The statement describes the murder weapon as one of “significant dimensions”, used “repeatedly and with extreme violence, provoking (the victim’s) death”.

Inquiries now will be focused also on detaining other members of the group that “pursued the victim… beating him with punches and kicks”.