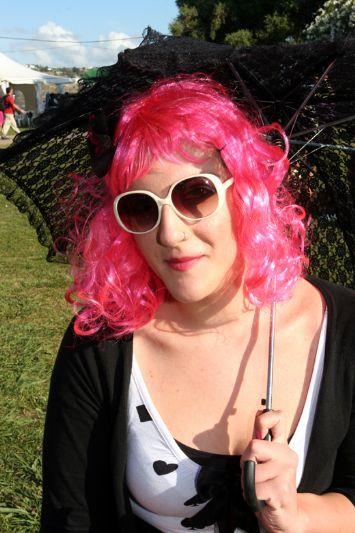 Portugal still has some way to go in the fight for full legal rights for lesbian, gay, bisexual and transgender groups, said the president of one of Portugal’s most important gay, lesbian and transgender associations, ILGA Portugal, on Saturday.

Paulo Corte-Real explained how the association had played a prominent role in changing social attitudes towards the gay community in Portugal.

“We have been very conscious about changing the way people think beyond LGBT issues. For example, we took a very active stand on the abortion debate because we want to promote values within every political party for the respect of diversity and freedom of choice, which, of course, has implications beyond LGBT issues,” he said in Belém at the 13th Arraial Pride Festival.

The festival, which is endorsed and promoted by Lisbon Câmara, attracted hundreds of tourists, local people and especially members of the LGBT community to the green in front of the Belém Tower.

“We do think that there has been a very visible change with regards to LGBT issues in Portugal in the last 20 years. For example, the fact that we have these Pride events that attract more and more people. Last week’s Pride March was the biggest ever while at today’s event, the Mayor of Lisbon came down to speak,” he said.

“We’re still a long way from equality and we’re still fighting for that in the legal aspect but we do think that’s coming,” he stressed, adding that significant progress had been made with respect to equal rights to marriage with a much wider support both from a social and political viewpoint.

Paulo Corte-Real explained how the issue was clearly a very political one at the moment, which was “positive” in itself since it brought issues to the forefront.

There had also been a change with regards to law enforcement agencies and the police over counteracting homophobic attacks, attitudes and behaviour but warned that it still “wasn’t enough”.

Paulo Corte-Real said that lack of information and education had also been a homophobic instrument which was why the organisation often went to schools and gave talks to foster greater understanding about LGBT issues among adolescents and young people.