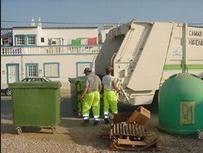 HOW MUCH does it cost to deal with the rubbish of the average family? In reality, 6.55 euros is spent per month by Tavira Câmara to collect an average amount of 63kg per family. Up to and including 2005, the average family paid just 2.13 euros per month to have their rubbish collected but, as from now, the charge will increase to 3.55 euros a month, taking into account the adjustment to the existing tariff.

In 2005 (from April until December), the total expenses incurred by the council in relation to the collection and treatment of refuse amounted to 1,393,239.00 euros, while the amount charged to Tavira residents was 413,681 euros, meaning that the shortfall (70 per cent) was supported by the Câmara.

According to the law, “the amount charged by local councils for services rendered by council run companies and departments must not, in principle, be less than the costs directly or indirectly supported to supply the services.” However, to date, Tavira Verde, the environmental services company of Tavira council, has been charging a lower amount, meaning that the costs are not covered.

Many factors have to be taken into consideration when calculating the cost of collecting and treating rubbish, namely staff, acquisition and maintenance of vehicles, washing of containers, pick up from a wide range of locations and transport of the waste to the Estação de Transferência, Senhora da Saúde.

Despite the lack of funds coming in, Tavira Verde has been constantly investing in this area in order to improve the quality of life for residents. At the beginning of this year, a total of 200 underground containers were installed at 74 locations. These are more aesthetically pleasing and hygienic, and substitute the existing large wheely bins that were spread around the borough on pavement level. Placing these new containers represented an investment of 1.1 million euros.vvvvv